Azariah Boody (1815-1885) is remembered (when we remember him) for donating the land for the University’s first campus. But without him, there would be no dandelions, no Yellowjackets, no Dandelion Yellow, no Dandelion Day, no D’Lions... 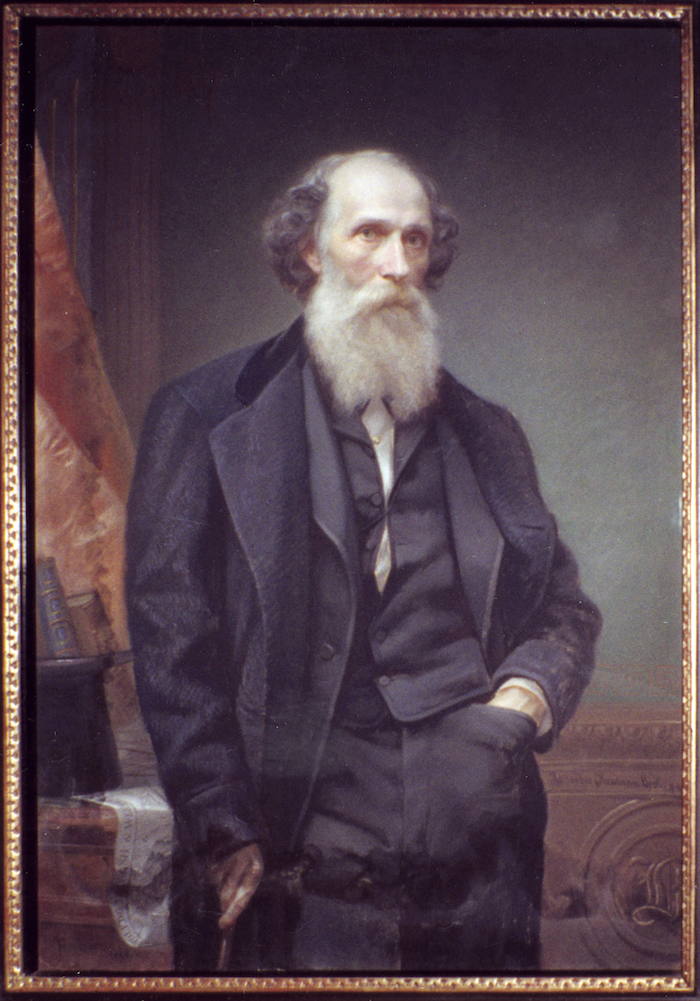 John Dabour's pastel portrait of Azariah Boody (featured in the administrative hallway of Rush Rhees Library) was the subject of the Fall 2019 Ask the Archivist column. Boody's initial gift of eight acres of land was the seed from which many traditions have grown, as this timeline demonstrates:

Azariah Boody was born in Stanstead County, Quebec, Canada, on April 21, 1815. He moved with his parents to Lowell, Massachusetts. He worked as a sailor, then became a highly successful contractor specializing in railroad construction.

In 1850 he moved to Rochester, with his wife, Ambia Corson and bought farmland (and cows) in the area near where the Memorial Art Gallery is currently located. The University’s first location was a re-purposed hotel on West Buffalo (now West Main) Street. But the founders always intended that the school should have buildings suitable to an educational institution, with laboratories, lecture rooms, a library, and space for scientific study collections.

A great supporter of education for women, in 1852 Boody offered six acres of his land to the nascent Barleywood Female University, on the condition that a school building be constructed on it within the year. When this condition was not met--Barleywood closed soon after it opened--Boody offered the land, plus an additional two acres, to the three-year-old University of Rochester. 1853 was a pivotal year for Boody and the University: Martin Brewer Anderson accepted the presidency of the young University, which he would serve for the next 35 years. Boody was elected a trustee of the University, and served until 1865.

This September 1, 1853 document shows that shortly after accepting Boody’s gift, the University agreed to purchase 16 and 79/100 acres (at $1000 per acre) from Boody to add to the property. 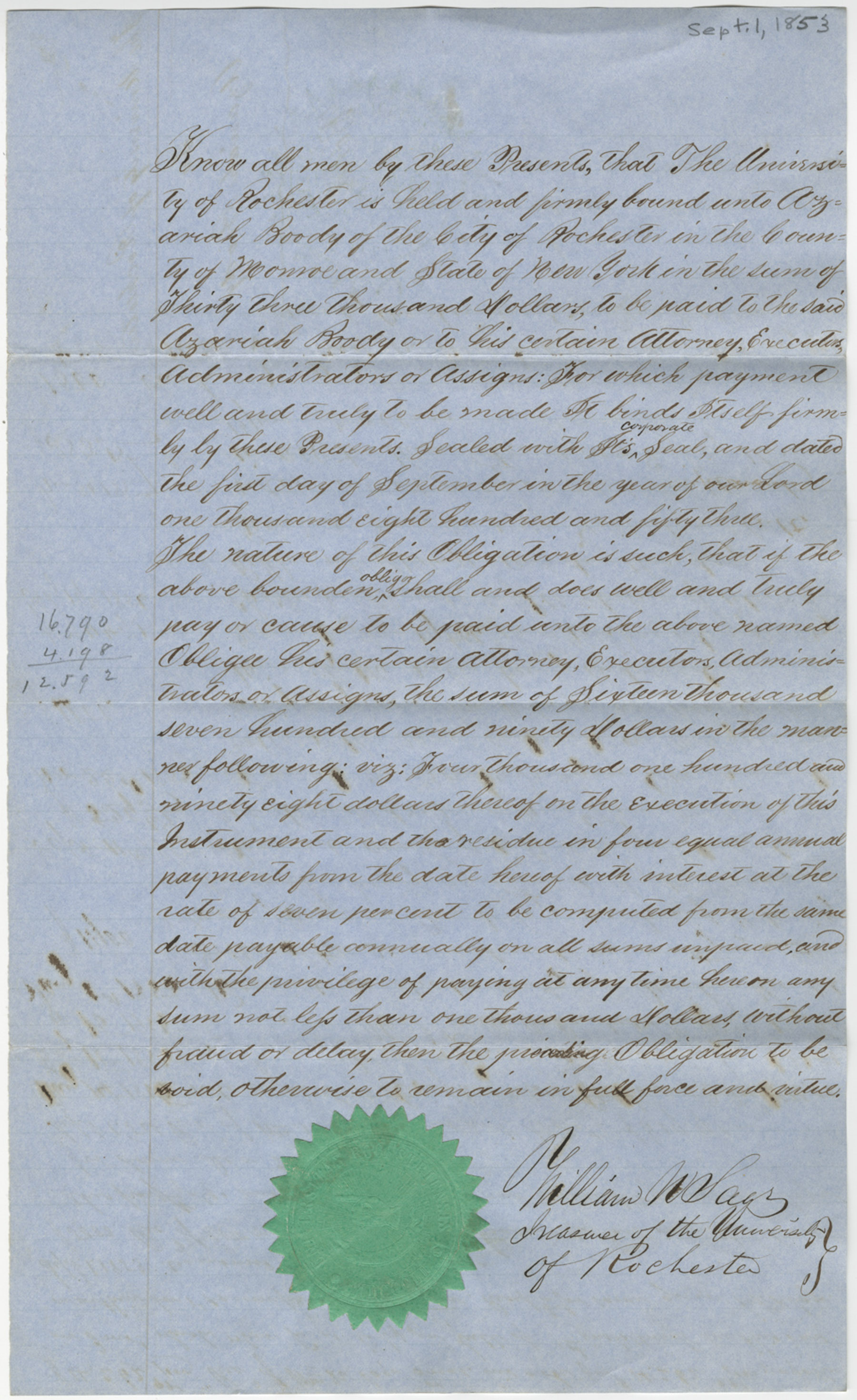 Also in 1853, Boody was elected to the 33rd United States Congress, but resigned before the session began in the fall. In 1855, Boody and his wife left Rochester to live in New York City. The Boodys returned to Rochester in 1862, remaining for only two years. before resuming residence in New York City.

Boody died on November 18, 1885 in New York City, but chose to be buried in Rochester. His grave is in Mount Hope Cemetery, on a hill overlooking the entrance gates. 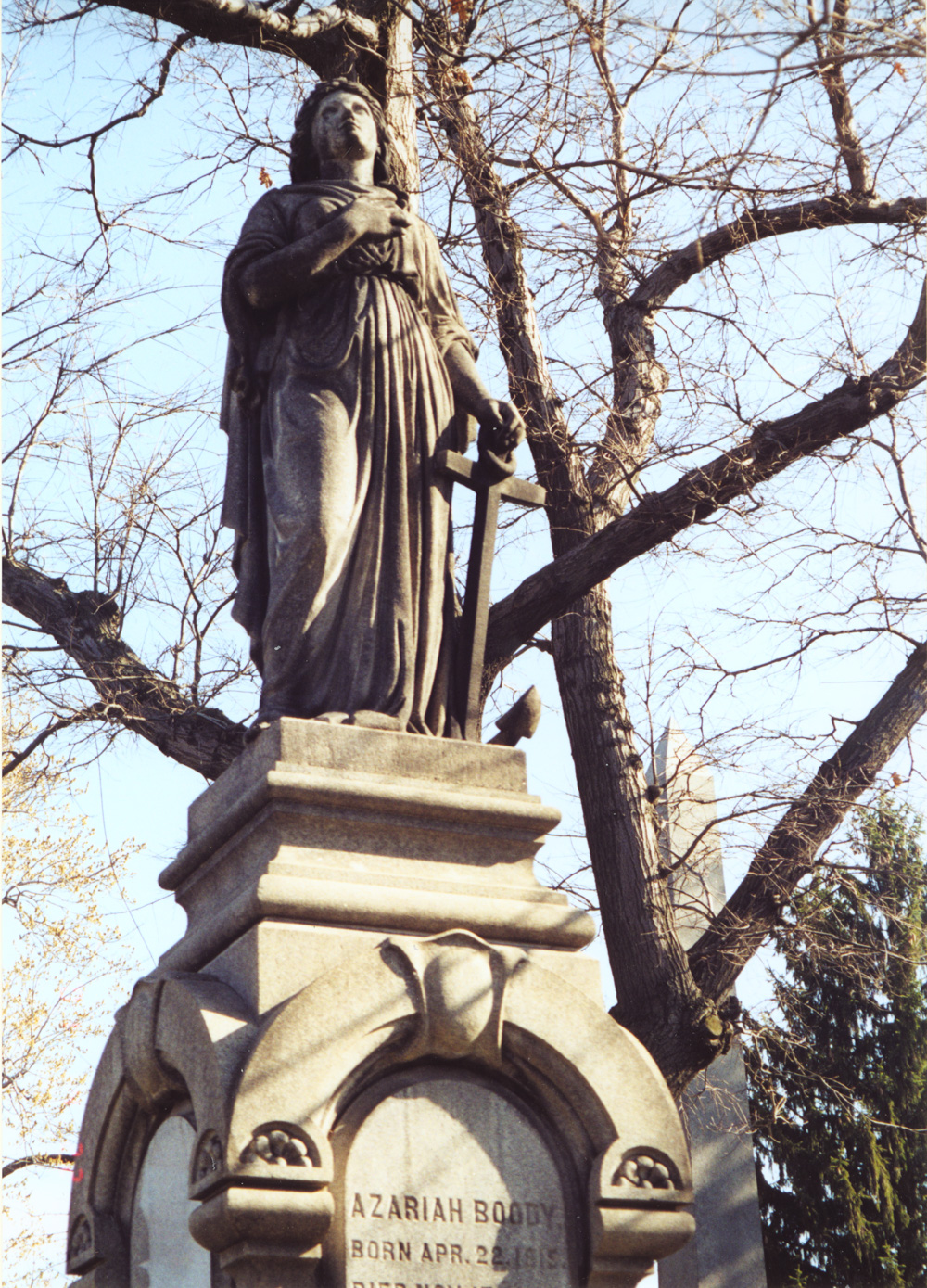