A question from Dean of Students Matthew Burns in the Spring 2019 issue of Rochester Review asked for the history of the Seth H. and Harriet Sprague Terry Prize, our earliest prize established to honor contributions to student life. 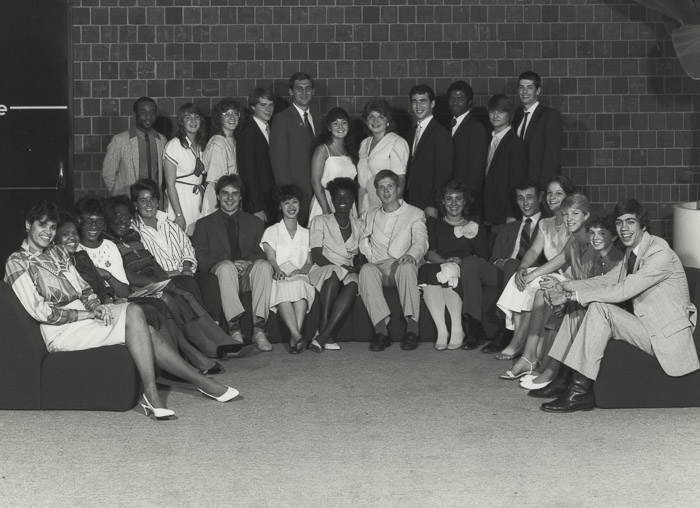 The Terry Prize was established in 1928 and awarded for the first time in 1929 to Theodore Zornow '29. Since 1929, a panoply of other awards have joined the Terry Prize, and are awarded annually--first at the Dandelion Dinner, then at Moving-Up Day, an awards assembly, and currently at the "Rockys."

You can read more about the Terry Prize here, and about some of the other named Student Life awards below:

Dutton attended the University from 1900-1903, and then again from 1904-05. While he did not earn his degree, he remained a devoted and active participant in University activities, including in his fraternity, Delta Upsilon. In his will, Dutton established this prize to recognize the member of the graduating class who "has excelled in wholesome, unselfish, and helpful influence" among their fellow students.

Delno Sisson (Class of 1916) Prize, established circa 1960
Despite attending the University for only one year in 1912-13, Sisson was a devoted alumnus. He worked for a number of businesses in Rochester, and was an auditor for the University Club in Rochester before his retirement in 1955. He died in Caledonia, N. Y., on February 26, 1957. The first Sisson Prize, awarded annually "to the first-year student who has overcome obstacles to successfully transition into and adjust to college academic life" was given to Wayne Thomas Lindstrom (Class of 1965).

Andrew Fried, a native of The Bronx, New York, died suddenly in 1960 before he could complete his degree. The Andrew Fried Prize was established to be given annually to a member of freshman class judged outstanding in character and moral judgment. 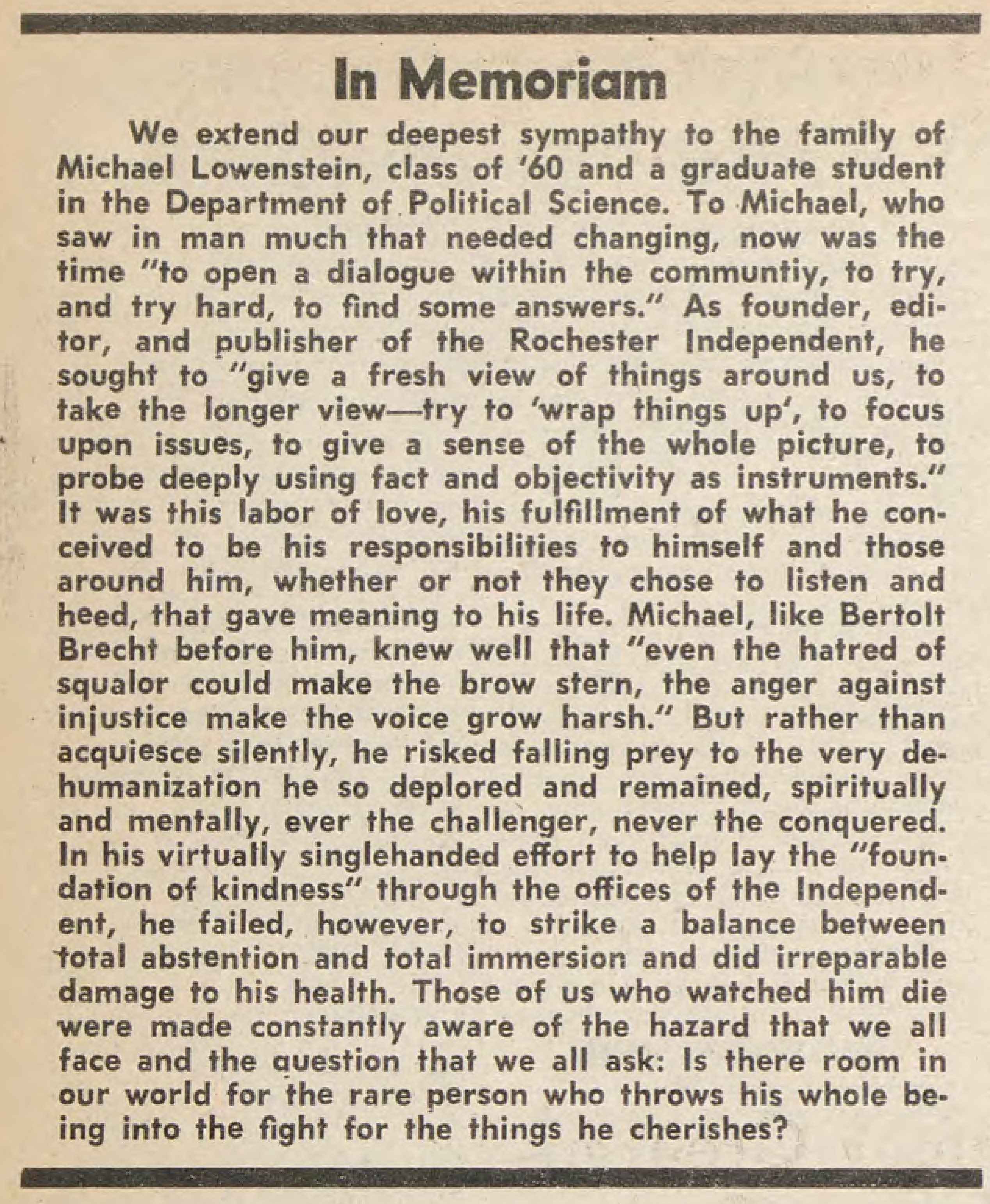 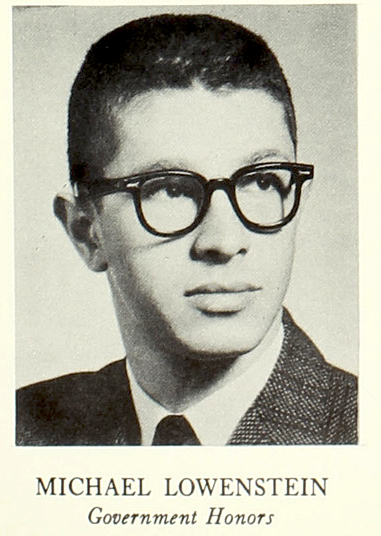 After completing his undergraduate degree in 1960, Michael Lowenstein established the Rochester Independent, a weekly newspaper "dedicated to better racial relationship." He was a member of the board of directors of the Rochester Chapter of the NAACP, and had started his PhD in Political Science. After his death on December 29, 1963, from complications of colitis contracted in Korea as a member of CARE, the Michael Lowenstein Award was created to recognize individuals who have "deepened student, faculty, and community awareness of existing social and political problems and tensions."

Simeon S. Cheatham majored in business management at Tuskegee Institute where he received a bachelor of science degree in 1971; and a few months later he joined the staff of the University of Rochester Registrar as a scheduling officer on the River Campus. At the age of 29, he died of cancer in Strong Memorial Hospital. The Cheatham Award, established "in honor of a man devoted to community service and to the growth and development of children," is given to a student who has demonstrated those same qualities.

Student Life Award winners for the recent past five years can be found here: https://rochester.edu/College/rccl/leadership/awards/studentlife/past-awards.php