From ping-pong balls to bubble machines, pranks have long been a part of University of Rochester student life. Read more about them (but don't try any, please)... 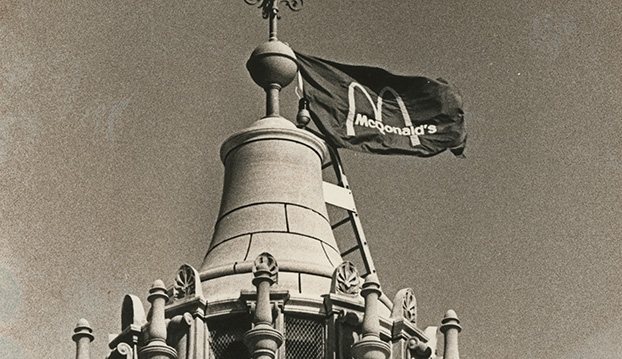 In the Fall 2018 issue of the Rochester Review, the 50th anniversary of a Rochester Philharmonic Orchestra concert at the Eastman Theatre was the subject of the "Ask the Archivist" column. The program was memorable for its music--Haydn's Symphony no. 90, Debussy’s “Prelude a l’apres-midi d’un faune” and Dvorak’s Symphony No. 9 “From the New World”--and the unintended intermission, when a rain of ping-pong balls brought the concert to a temporary halt.

The event was reviewed by Larry Fine '74 in the October 16, 1969 issue of the Campus-Times, which can be read in its entirety here.

Students pranking other students was a common occurrence. The Freshmen and Sophomore Classes maintained a century-long annual rivalry which included Flag Rush, Proc Night, disrupting each other's annual dinners, and even field trip pranking when the Men's Glee Club travelled on a concert tour to Chicago with students of the Eastman School of Music.

And for as long as there have been pranks, there have been editorial fingers wagged in disapproval: mentioned in the Review is the scathing column entitled "Why?" in the women's newspaper, the Tower Times, after a disruption of a play.