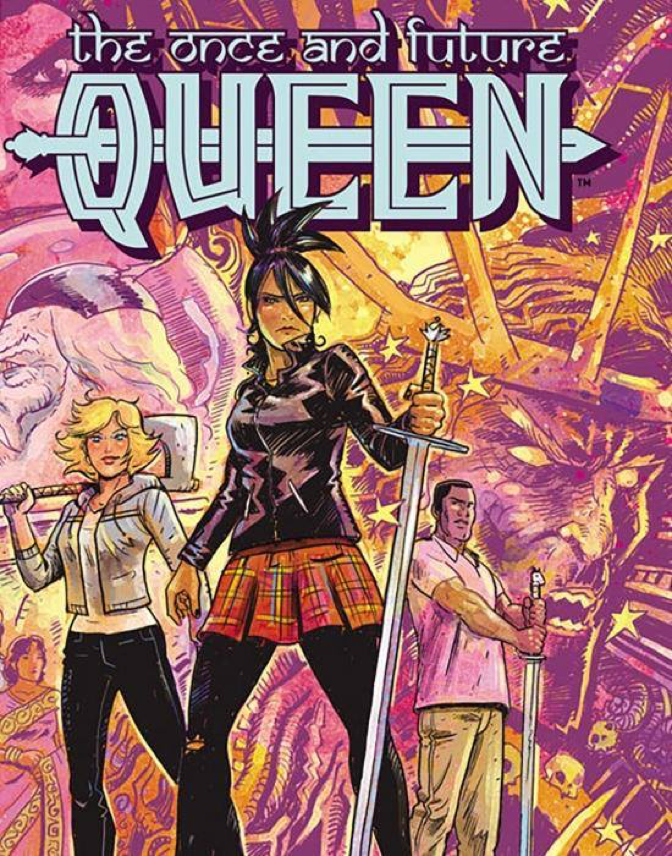 Part 2 in a series of posts about the process of creating an exhibit for the Rossell Hope Robbins Library in Spring 2018. Claire Harte (class of 2021) curated the exhibit "Women in Arthurian Legend: Creators and Characters" as part of River Campus Libraries' CEILAM program, which introduces students to the possibilities of a career in libraries.

Creating the captions for my Robbins library exhibit was a daunting process. I had no trouble enthusiastically expressing my ideas about my items verbally, but writing them down required more careful phrasing and decision making about tone and style. My goal in my captions was to convey my motivations behind including each source and provide the viewer with a focus.

My objects were varied in time period, authorship, and genre, as well as their portrayal of women. The graphic novel The Once and Future Queen, which I contrasted with Camelot 3000 of the same genre, served as one of the pillars of my exhibit and an example of the innovations being made to Arthurian legend today which allow women, queer people, and people of color to hold their own in the stories. In this graphic novel, Rani, a queer young woman of color, is the true Arthur. Another book I loved looking through was the children’s book Women of Camelot. Its concept and art style make it a unique and beautiful piece on its own that also speaks to the dynamic portrayal of women in Arthuriana. 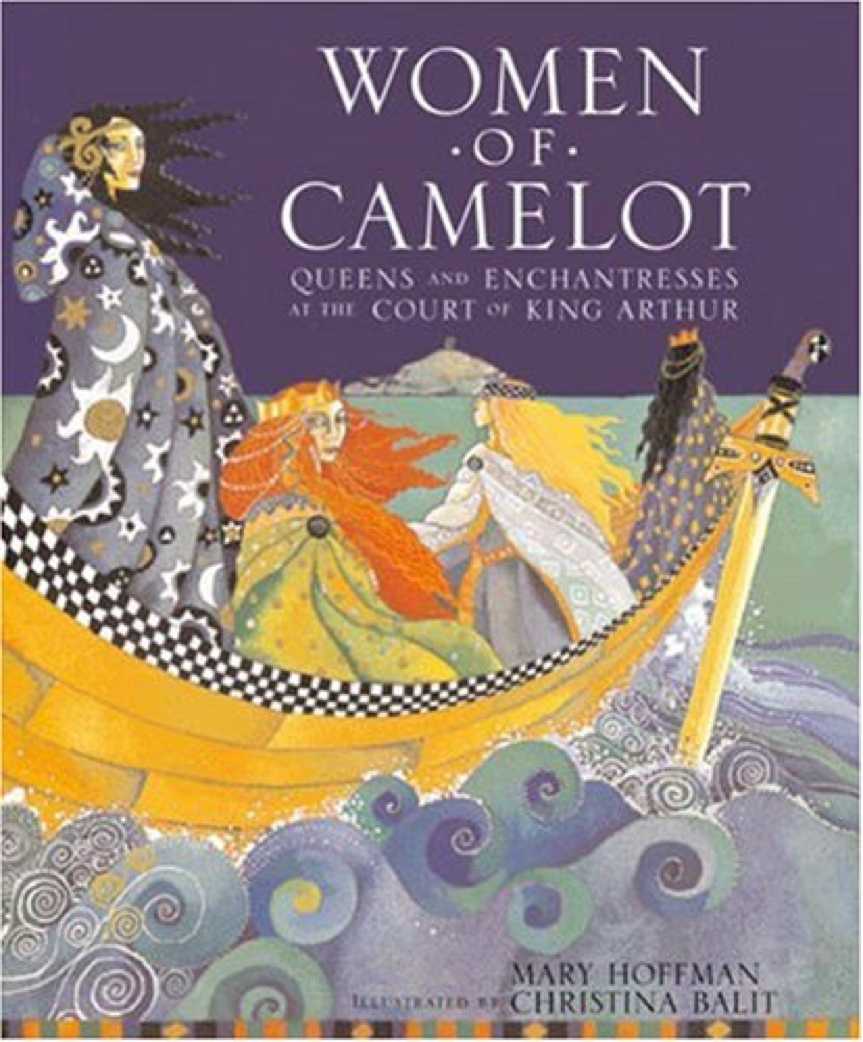 Women of Camelot explores Arthuriana from the female perspective, its tapestry-like art style suggesting that there are complex interactions taking place in the stories.

One book stood out to me for different reasons. The Trouble With Heroes is a paperback book that features a collection of short stories about the experiences of the women behind famous heroes, including one about Guinevere’s struggles in King Arthur’s court. What is most striking about this source is the cover. The heroine on the cover is crouched over a pile of armor wearing a truly ridiculous outfit for the situation, including fishnets and high heels. Her clothes are reminiscent of the sexualized costumes seen at Halloween or in pornography. Criticizing this cover choice is not criticizing women who choose such outfits of their own accord, but rather questioning why a woman of assumed medieval times would be wearing such an outfit in this situation. This causes me to suspect that the model on the cover was sexualized in order to provide an appealing image for the book, rather than for her personal empowerment.

Despite this fascinatingly questionable cover art, the short story “The Quin Quart” by Laura Resnick entertained me to no end. Here are some quotes from the story to show why:

“‘I’m convinced this is for the best, my lady.’

‘Thinking should also be kept to a minimum,’ instructed Sir Agravaine” (173).

This satire shows that the writers featured in The Trouble with Heroes are highly societally aware. Yet the cover appears to cater to a different audience than the contents suggest. It is possible that the cover was a conscious parody of such sexualization, but this cannot be acknowledged until the reader opens the book. Although we are told not to judge a book by its cover, humans naturally stereotype in order to make sense of the world. Such an image as this could be argued to represent the way society sees women, while the stories represent the true depth and complexity of women as human beings. 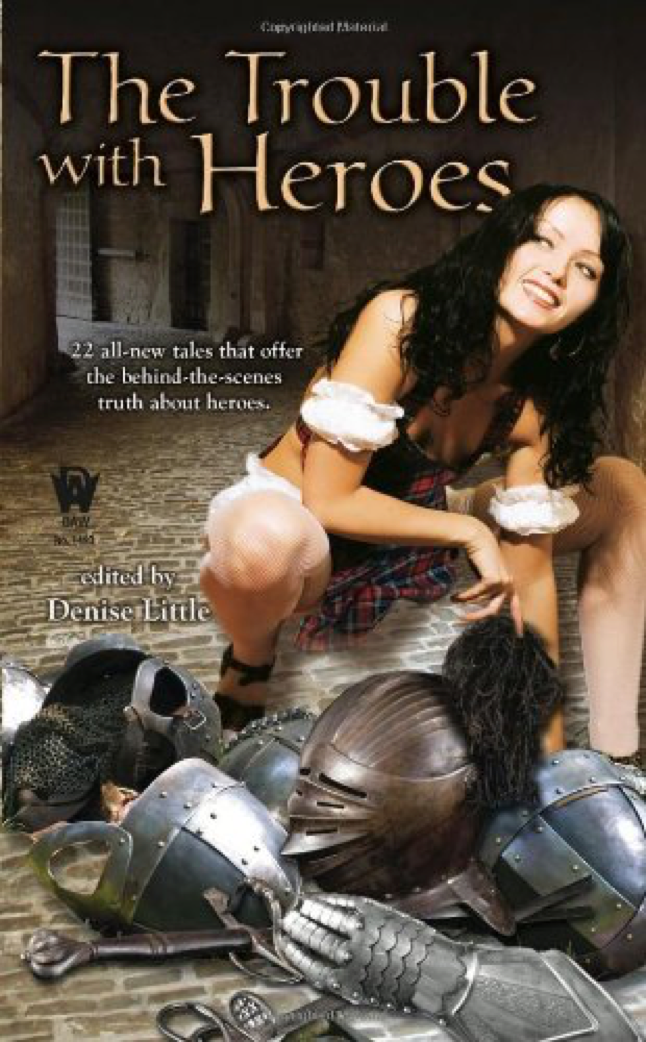 The Trouble with Heroes is a collection of stories critiquing the trope of the ‘knight in shining armor’ by providing the perspective of their female love interests.