Harlan Ellison's A Boy and His Dog: A Matter for Debate

When the UR Cinema Group presented the film version of Harlan Ellison's "A Boy and His Dog" on January 28, 1977, it began an almost semester-long debate about sexism and freedom of speech, culminating in a campus visit by Ellison to debate the UR students. 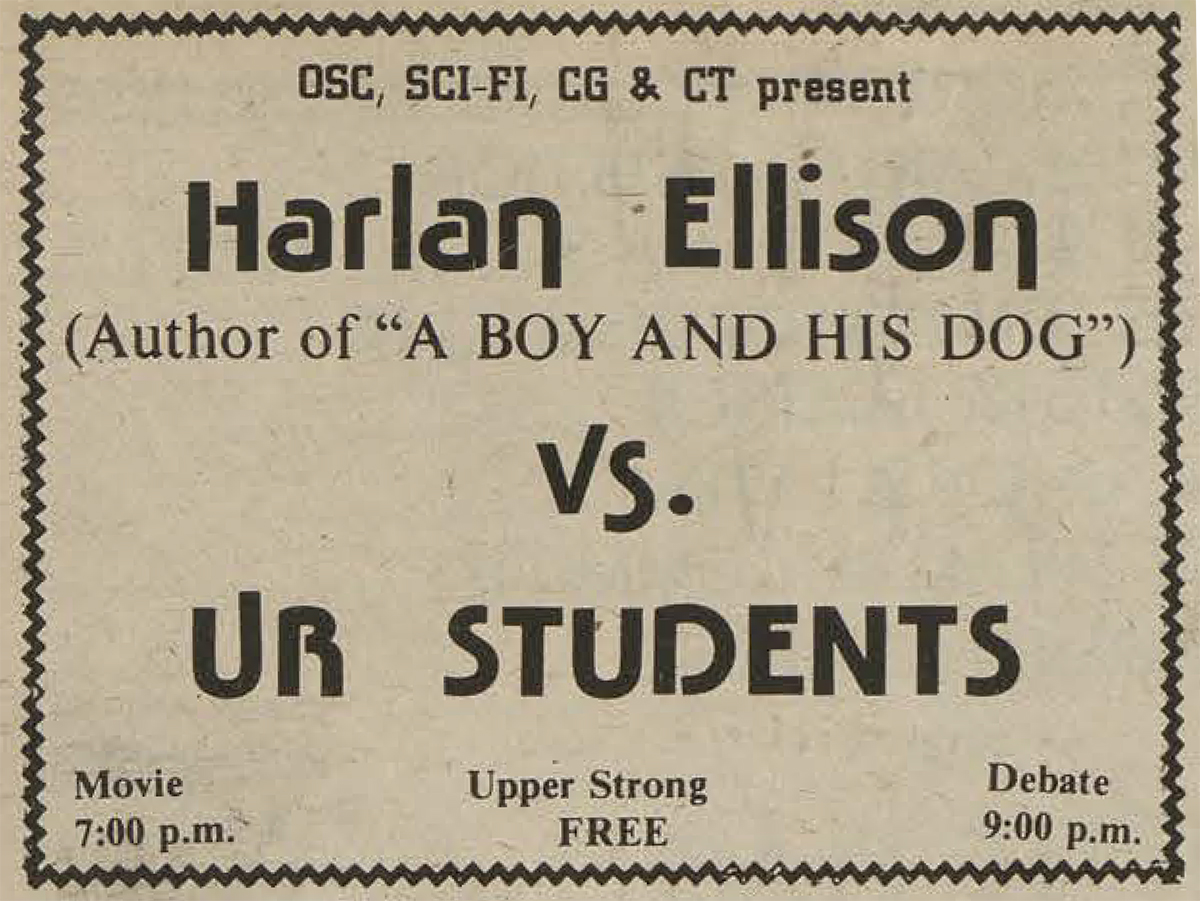 The film version of "A Boy and His Dog" by Harlan Ellison (May 27, 1934 – June 28, 2018) was shown in Upper Strong Auditorium on January 28, 1977. The UR Cinema advertisement notes "...this kinky tale set in 2024 A.D. may be offensive to some." The pages of the Campus-Times newspaper record that a leaflet was handed out prior to the screening by the Women's Caucus stating:

"The film you are about to see exhibits a content and language that are demeaning and insulting to women. Under the guise of science fiction,  the producers have promoted a mysogynistic and paranoid view of women to its fullest extent. Women are seen as objects of plunder to be raped and murdered at will, or else they are represented as mere mechanistic beings useful only for their reproductive capabilities. The script refers to them as "chicks," "broads," and "scum bags." We urge you to consider when viewing this film that many women suffer each day at the hands of men who have been taught to regard them in just such a context."

Over the ensuing months, culminating in a visit by Ellison to campus to debate the University's students, the CT's pages show frequent and fervent letters, editorials, and articles on the subject. Here is a pdf of a few of the articles.

Were you at the debate? What did you think of the controversy? We welcome your comments below.