A new tradition to celebrate our founding documents 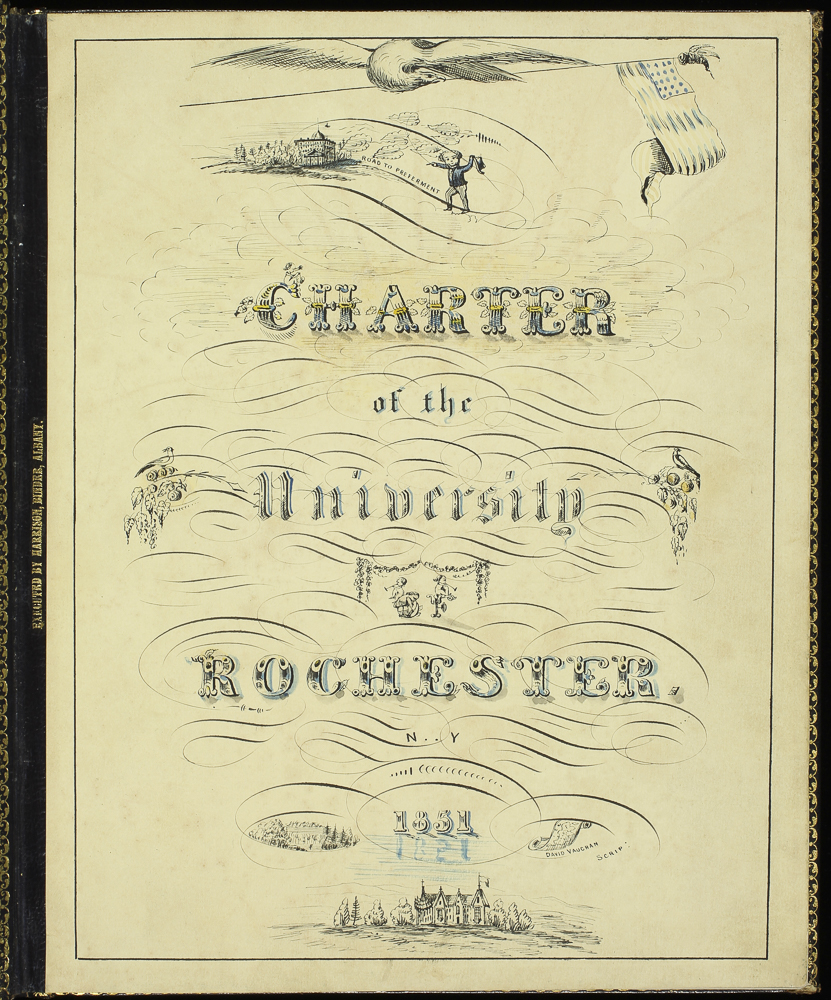 Join us on January 31  in Rare Books and Special Collections to view the University's Charter and consider our institutional origins. Can't make it to Rochester? Here's a brief history of the Charter and images of the pages.

On January 31, 1850, the University was granted a provisional charter by the Regents of the University of the State of New York. It was contingent on raising $130,000, of which $30,000 was to procure a location for the school and buildings, and the balance was to be invested as a permanent endowment within two years.

One year later, on February 14, 1851, the State Regents issued the formal charter shown here, establishing the University of Rochester as “an institution of the highest order for scientific and classical education.”  The University had accumulated the required pledges, and like a modern-day Kickstarter or GoFundMe, once the total had been reached, payment was due. But in the absence of credit cards, collecting the pledges was not always easy. The Archives holds a number of pledge books showing where supporters explained that their businesses had failed or other calamities meant they could not follow through.

The gold border on each page is likely applied with a stencil. The text and images are the work of calligrapher David Vaughan (c1802-1865). Vaughan emigrated from Ireland in 1847 and began work in Albany at the office of the New York State Engineer and Surveyor. He drew many maps of the Erie Canal which, like our Charter, bear his characteristic flourishes and tiny, often humorous drawings. Creating our Charter was probably freelance work for him.

The binding of the Charter -- with its red and white banners and eagle’s head--was executed by Albany binder A. L. Harrison, who issued the invoice seen below. Harrison invented a process to quickly create a colored leather binding by using a metal stamp to outline a design and then painting the leather. You can see the full Charter here.