The Curious Case of the Rochester Sherlockians

Written by Katelyn Gibson '21. Katelyn Gibson is a rising 3rd year University of Rochester student majoring in English and minoring in linguistics and she works in RBSCP processing collections. 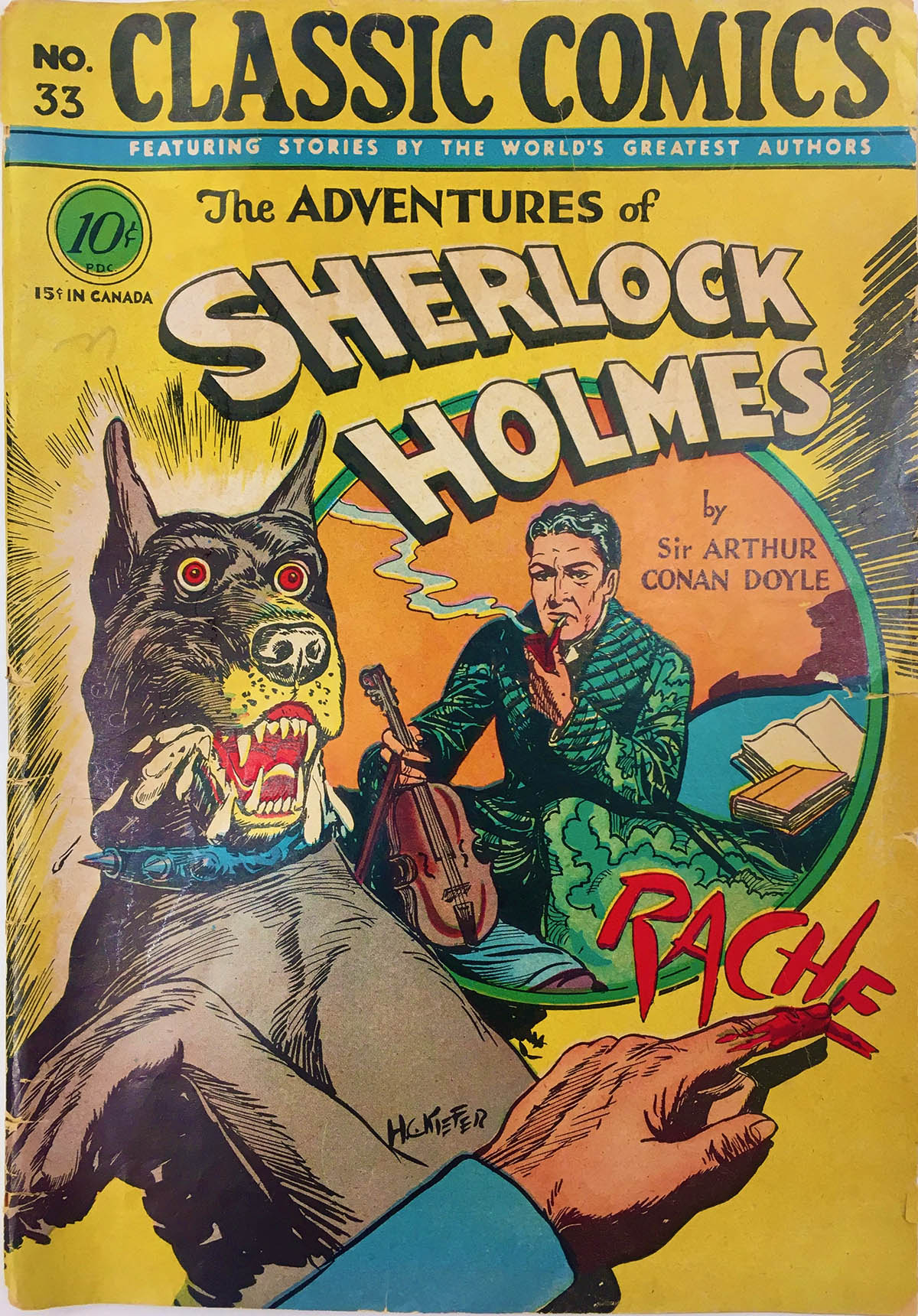 Lewis Neisner and Ruth Missal were both local Rochester figures who shared a passion for all things Sherlock Holmes. Recently, I had the opportunity to explore some of the ephemera and literature that they had each donated to Rare Books, Special Collections, and Preservation (RBSCP). 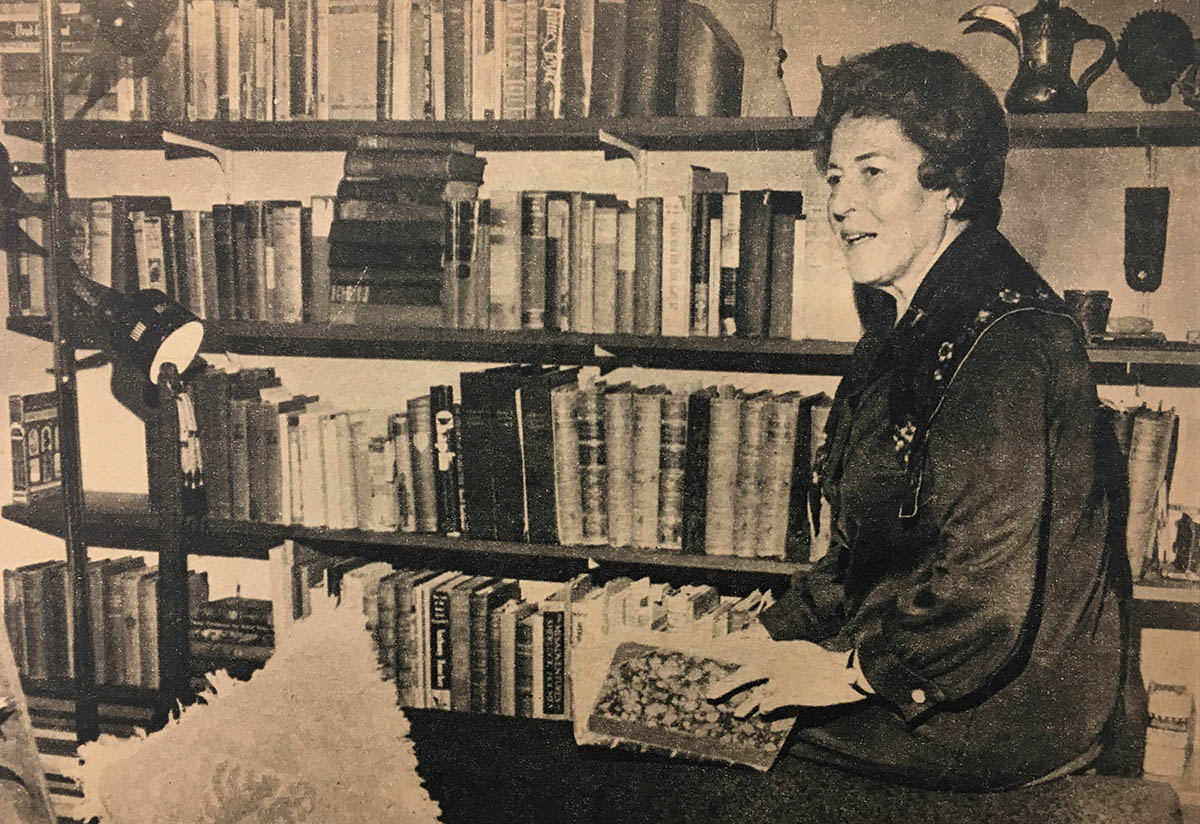 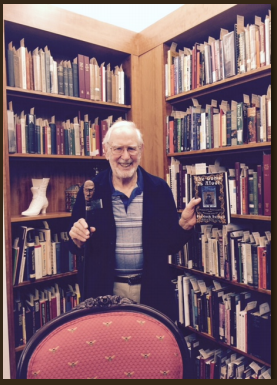 Ruth Rosenburg Missal, a 1926 graduate of University of Rochester, collected a vast assortment of Sherlockiana and was well respected by other enthusiasts and scholars for her passion for acquiring Sherlock artifacts and expanding her knowledge of the canon. Known as “Rochester’s foremost Sherlockian”, she was featured in Upstate magazine in 1970 in an article titled “The Curious Case of the Brighton Woman with the Thing About Sherlock Holmes”. She developed connections with Sherlock enthusiasts from around the world, and the volume and variety of material in her collection reflects her inquisitive nature and global connections.

The Missal collection includes original copies of Strand Magazine, the monthly UK magazine where Arthur Conan Doyle’s short stories were first published. Ruth Missal acquired volumes dating from 1891 to 1908; included are the two volumes from 1891 where the Adventures of Sherlock Holmes first appeared in print and launched the career of Arthur Conan Doyle. There is also an impressive variety of Sherlock Holmes classics translated into multiple languages, including Danish, Chinese, Japanese, Portuguese, Hebrew, Greek, and more. 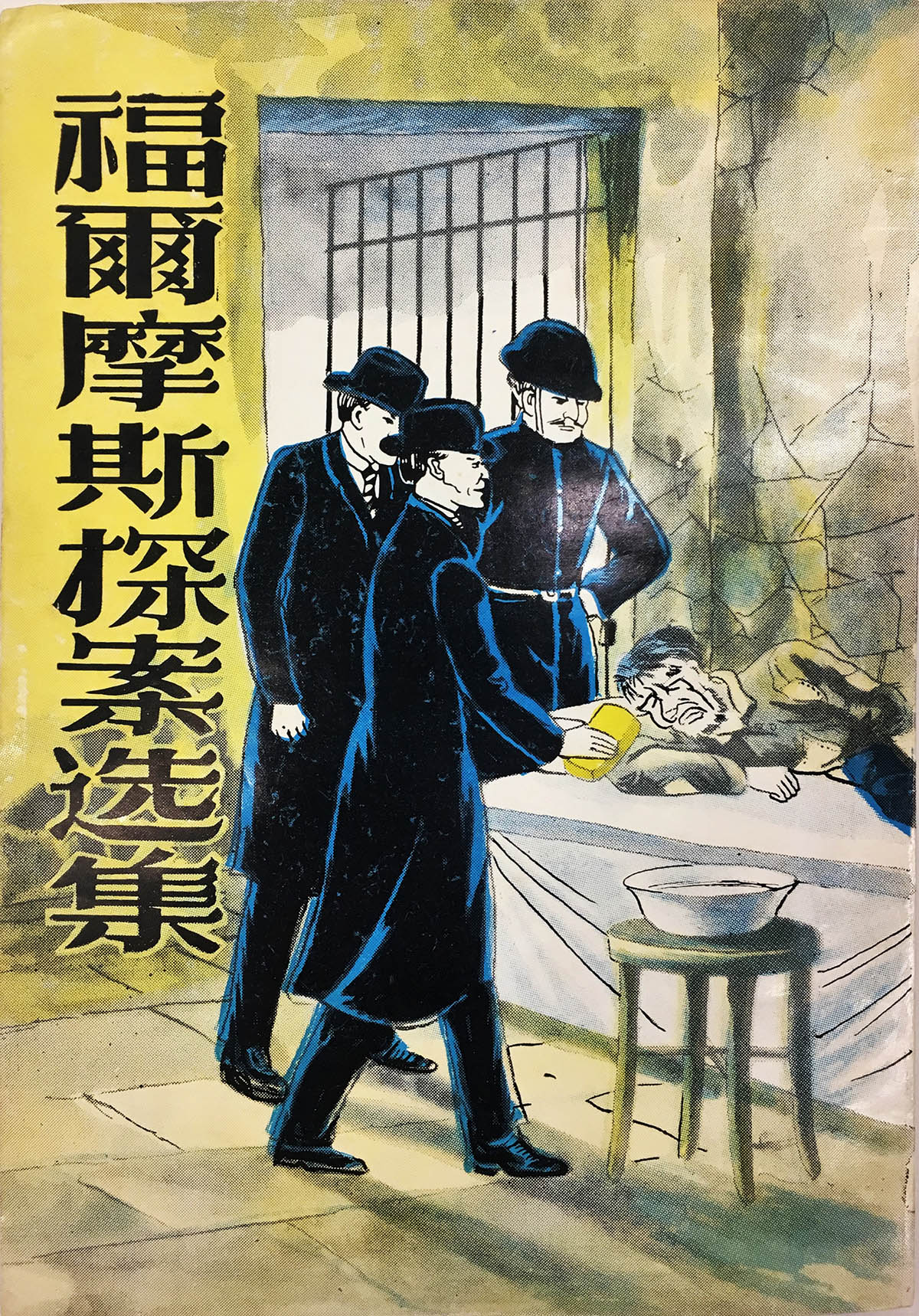 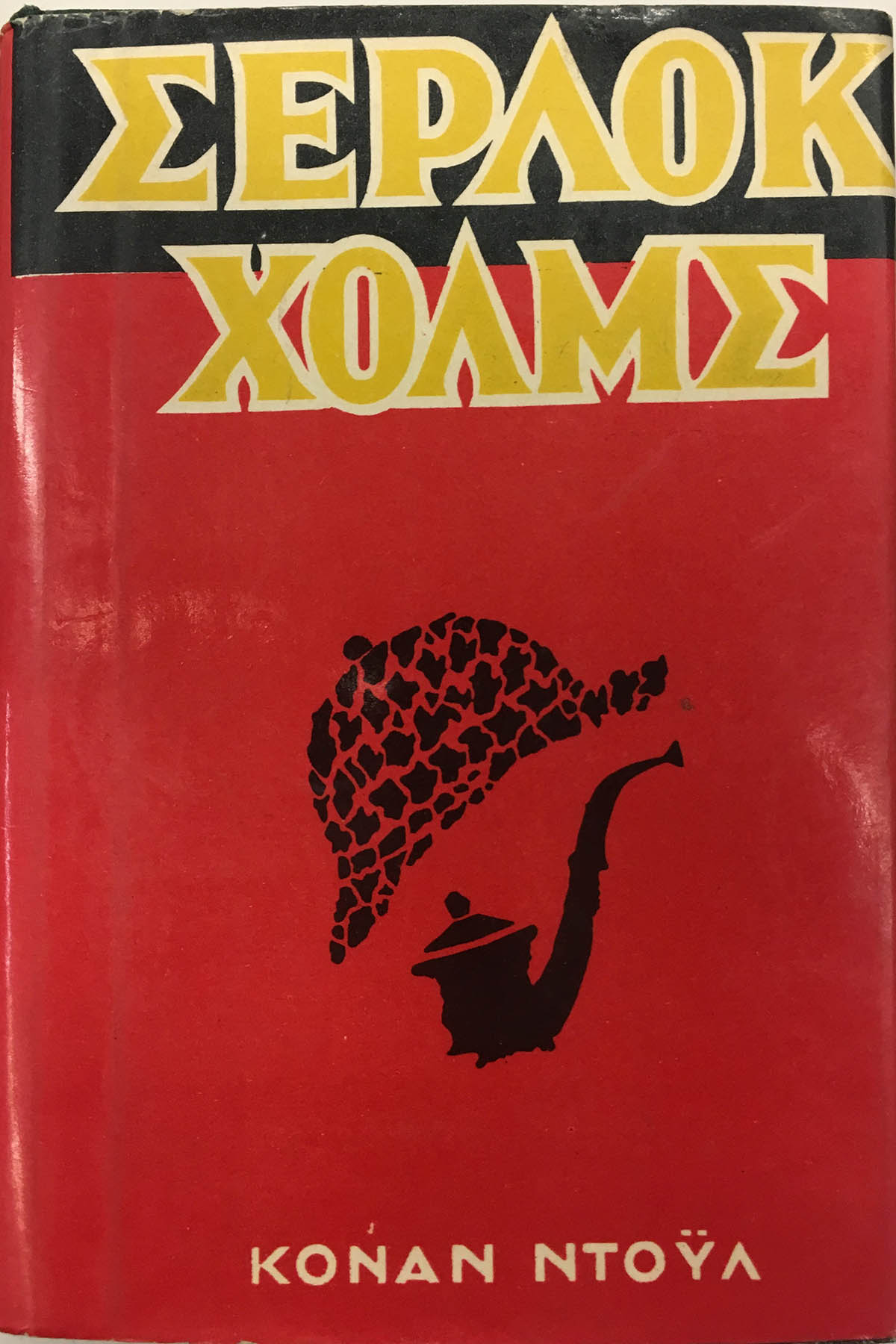 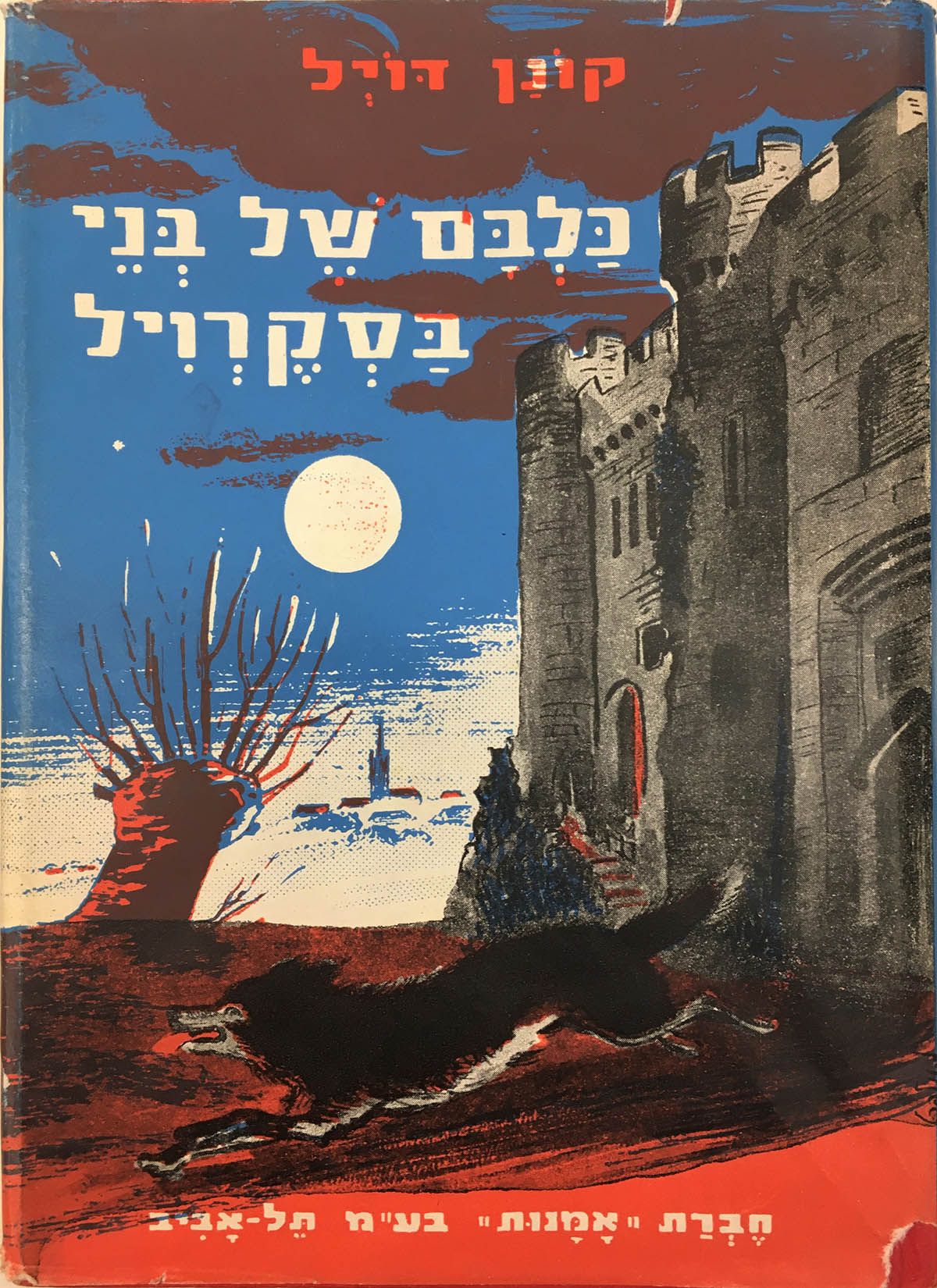 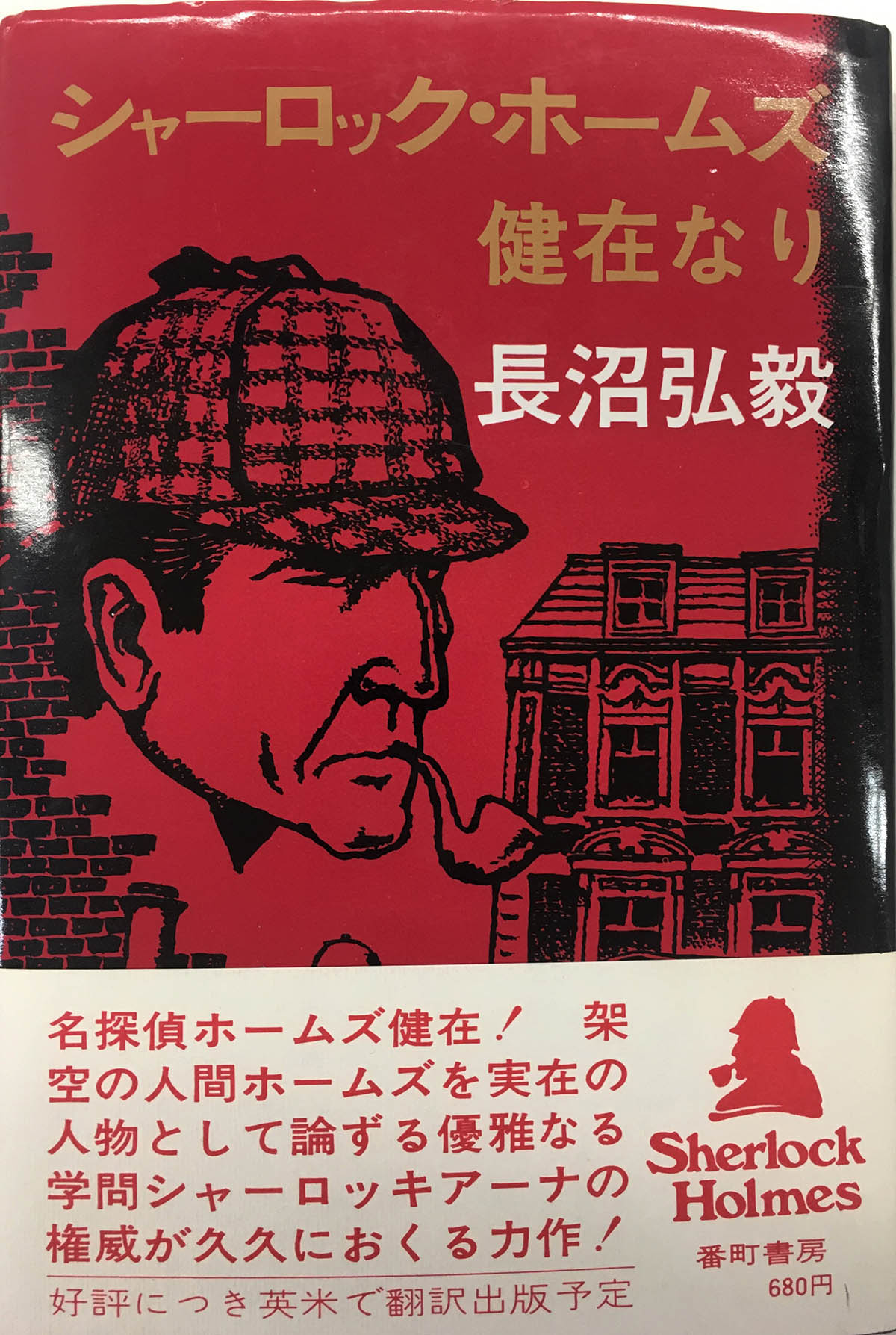 Along with Arthur Conan Doyle’s original stories, a significant portion of this collection is Holmes-inspired works. A 1945 Classic Comics issue covers the Adventures of Sherlock Holmes, with abridged and illustrated versions of A Study in Scarlet and The Hound of the Baskervilles. The Sherlock Holmes Cookbook provides canon-faithful and canon-inspired recipes like kidney pie, “Moriarty’s mulled cider”, and tea and scones. A children’s book gifted to Mrs. Missal titled Basil of Baker Street details the adventures of detective Basil and his associate Dr. Dawson, mice who lived in the cellar of 221B and solved their own crimes. 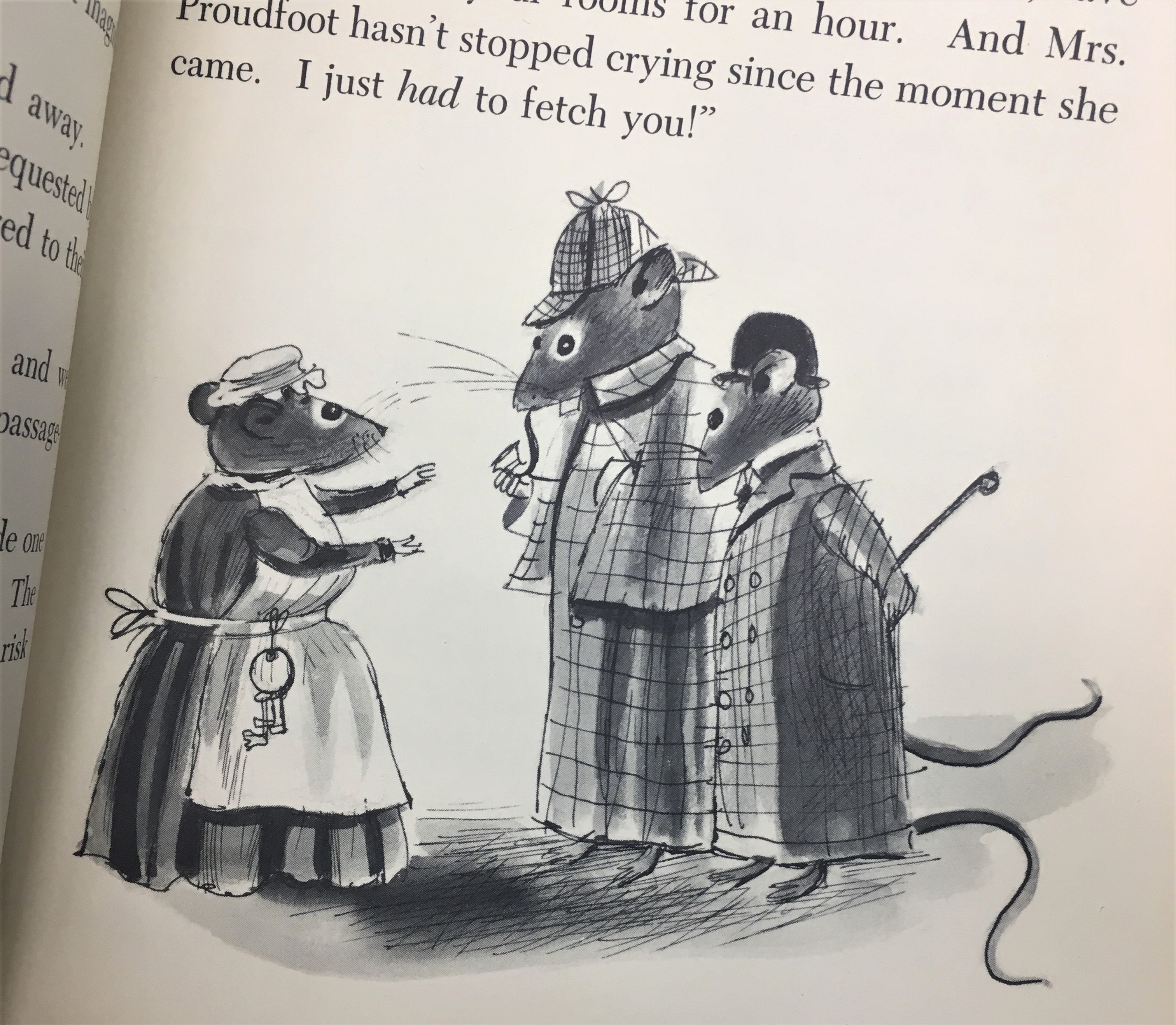 The Sherlock Holmes stories inspired more than just literature, and games have been one way for enthusiasts to step into his shoes and solve their own cases. Missal collected several Holmes-inspired games, one being a Springbok specially painted puzzle based on “The Adventure of Silver Blaze” from The Memoirs of Sherlock Holmes; catering to true Sherlock fans, the jigsaw puzzle also comes with the short story and a sealed envelope with the solution to the case. The collection also has a board game, 221B Baker Street, which seems to be a version of Clue inspired by Sherlock Holmes’ cases. Its game pieces are all items that have come to be associated with the detective, such as a deerstalker cap, calabash pipe, and violin.

Missal developed relationships with notable Sherlock enthusiasts and academics from around the country. Many of the translated books contain business cards or inscriptions from locations like Hong Kong, Tokyo, or Denmark. In addition to an impressive library, the correspondence in her collection includes Christmas cards and event invitations from John Bennett Shaw, known for his Basic Holmesian Library list; Julian Wolff, who created detailed maps of Sherlock’s world; and Edgar W. Smith, a notable Holmes author and scholar. 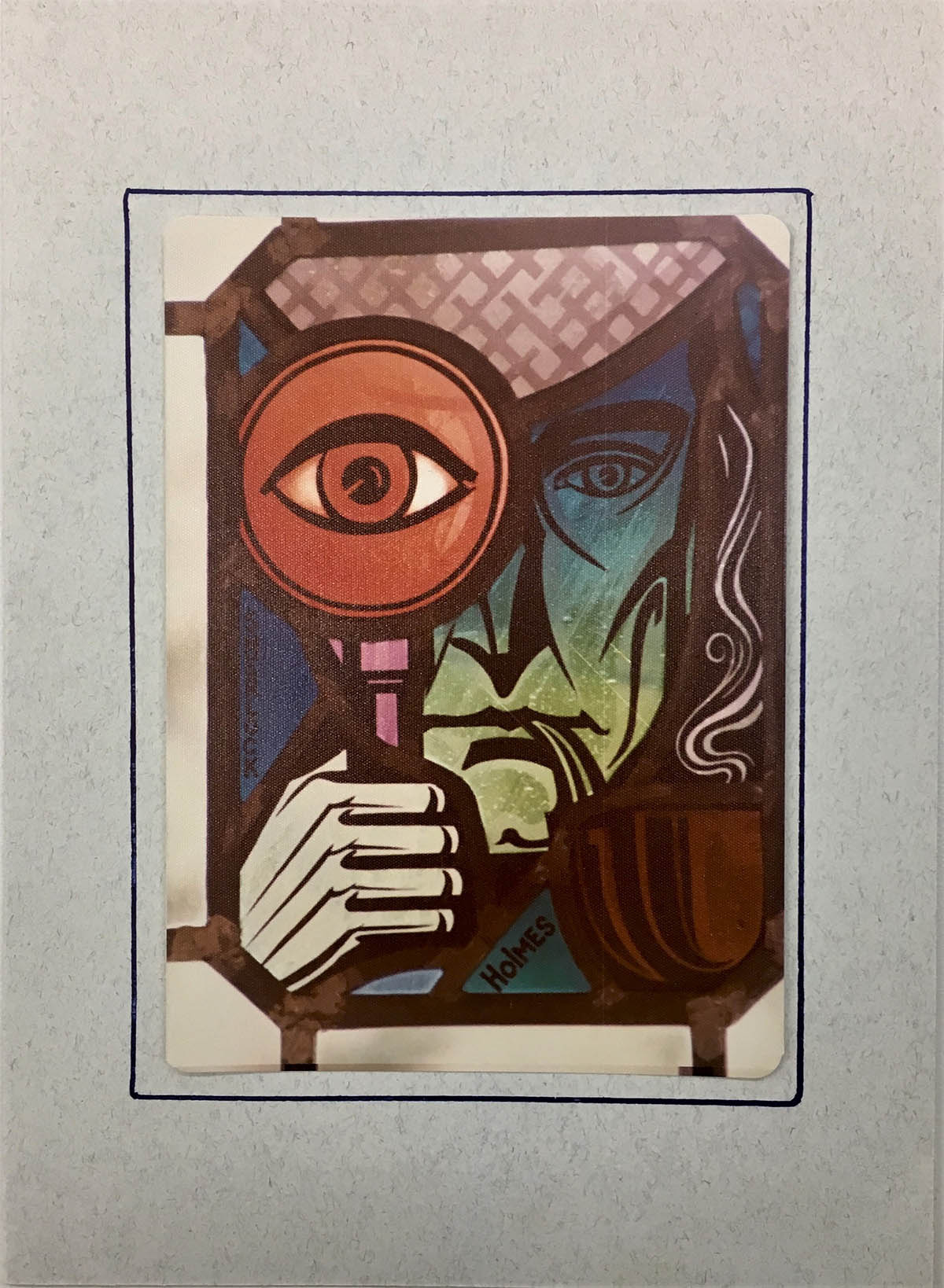 Ruth Missal was never able to join the Baker Street Irregulars, the first and most exclusive Sherlock Holmes society, as they did not begin accepting female membership until a year before her death in 1991. Their policy was inspired by the great detective himself, who said in The Sign of Four that “women are never to be entirely trusted -- not the best of them”. She remained an active member of the Sherlockian community throughout her life, though, and inspired the next generation of Sherlock Holmes enthusiasts. Lewis Neisner credits her with playing an important role in developing his interest in Holmes, as she was close friends with his parents and invited him to explore her collection of ephemera and literature.

Lewis Neisner founded Rochester’s first Holmesian society in 2007, and in 2016 ‘Rochester Row’ was accredited as an official scion society of the Baker Street Irregulars. Scion societies are smaller, local groups of Sherlock Holmes enthusiasts associated with the invitation-only international Society. Neisner had a close relationship with RBSCP, and also donated material from his family’s business, which became the Neisner Brothers Incorporated collection.  “Lewis Neisner was a true “mensch” - a kind and generous soul, with an insatiable quest for knowledge and a deep willingness to share his expertise and passion with those around him. It was an honor to know him, and to work with him to bring this collection to the University of Rochester. Having the Missal and Neisner Holmes collections will be a great resource for those interested in all things ‘Sherlockian’,” said Jessica Lacher-Feldman, Assistant Dean and the Joseph N. Lambert and Harold B. Schleifer Director of Rare Books, Special Collections, and Preservation.

In addition to Ruth’s influence, Neisner credits his father’s copy of the 1936 Doubleday Complete Sherlock Holmes with introducing him to the fictional detective. He notes in a 2017 Rochester Row newsletter that his father’s edition had to be held with a rubber band after being read so many times by a young Lewis; while this 1936 edition is not in the collection of books donated to the library, Neisner donated an impressive 259 books all relating in some way to Sherlock Holmes.

Contemporary authors are still fascinated with Holmes, and many of Neisner and Missal’s books put the detective in strange new situations, or present him with new opponents. Books in Neisner’s library pit Holmes against adversaries like Dracula, Jack the Ripper, Cthulhu, and one author even imagines what would happen if the detective visited America and was made an umpire in a game of baseball. 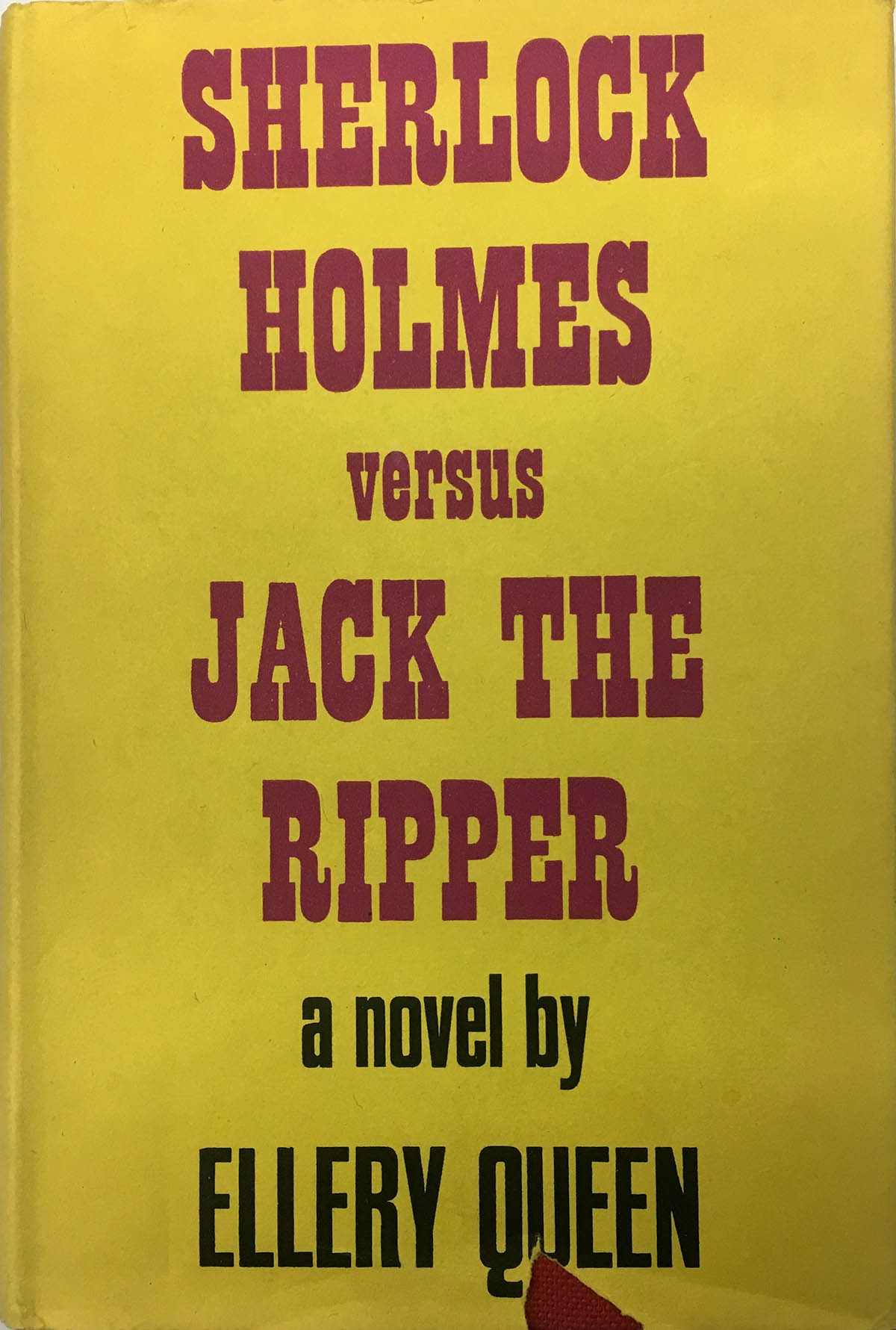 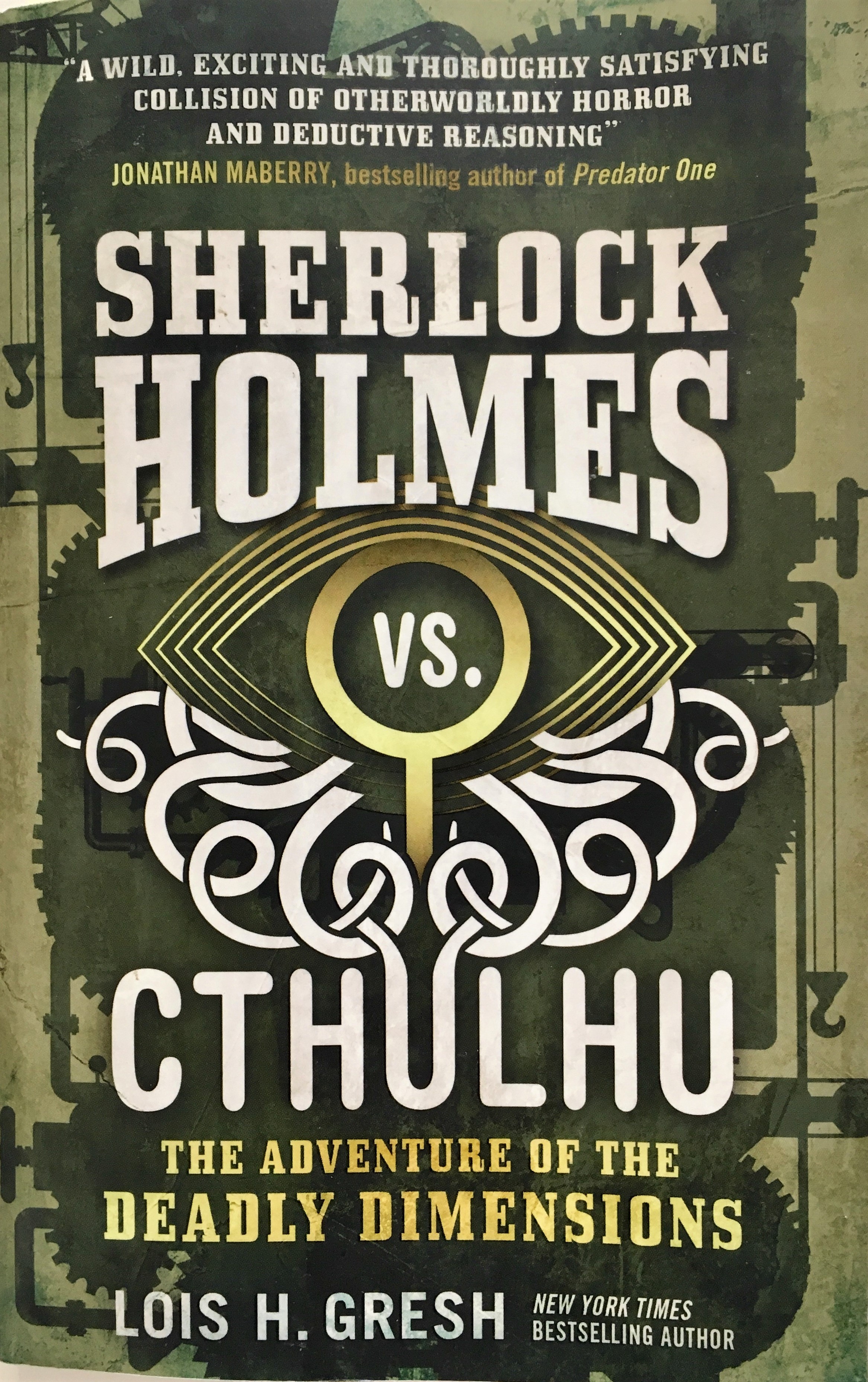 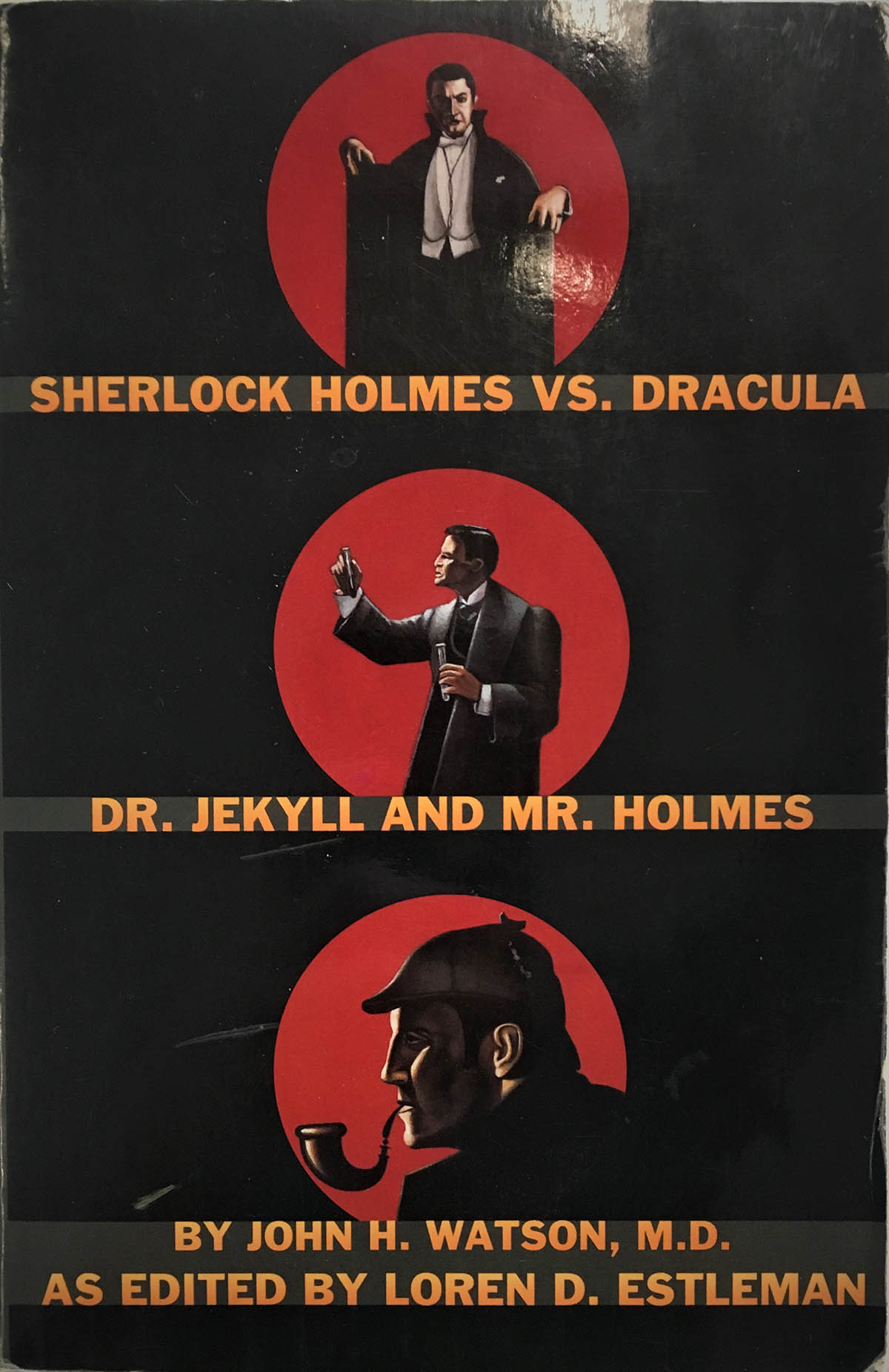 Lewis Neisner’s Sherlockiana collection is much more than his impressive collection of books, though, and the ephemera he collected showcases his involvement in the local and national Sherlockiana social sphere.  He kept folders full of correspondence between enthusiasts, where topics range from their favorite on-screen portrayal of the detective, to interesting articles, to questions about details and discrepancies within the canon. He also frequented conventions and presentations, and acquired many business cards from Sherlock societies and Holmes experts; these range geographically from a Syracuse society to the Sherlock Holmes Society of India.

After spending time with both collections, I have a much greater appreciation for the stories of Sherlock Holmes, and the people that devote their time to unraveling and investigating their many details. One might ask why the stories of Arthur Conan Doyle are still studied and celebrated today. Ruth Missal provided an answer in her 1970 article, saying that “between me and anyone, I don’t think it’s great writing; either did Conan Doyle for that matter… it’s the irresistible atmosphere, the aura, the ambience”.

Both The Ruth R. Missal Collection of Sherlockiana and the Lewis Neisner Sherlockiana Collection are currently being processed, and will serve to be an exciting and informative resource for others for generations to come.