A Brief Exploration of the Rochester Poetry Society and its Members

By: Eleanor Lenoe ‘21. Eleanor worked as the RBSCP Manuscript Paging Clerk until she graduated in 2021. 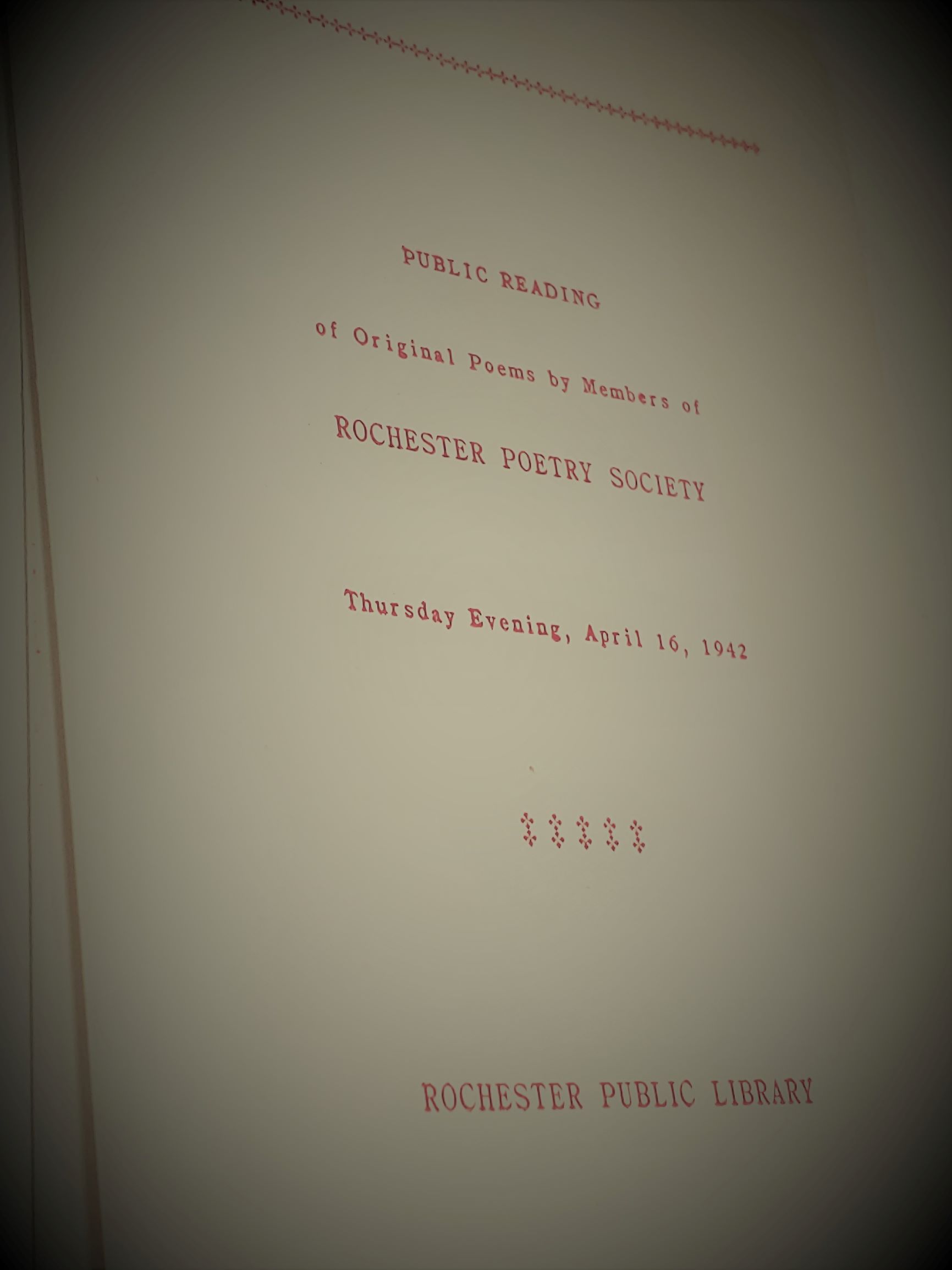 During the mid-19th century, Rochester, NY was a boom town known as the "Lion of the West." Famous for its flour production and later for the Eastman Kodak Company, Rochester was also a hub for social advocacy movements like women's suffrage and abolitionism.

What is LESS known about Rochester, however, is that the city is the home of the OLDEST poetry society in the upstate New York region. Founded in 1920 as a chapter of the Poetry Society of America, the Rochester Poet's Society has been the meeting place for many notable poets reigning from Rochester. Each month, the group would hold poetry readings for its members and anyone who wished to attend, and members would record meeting minutes, save clippings, and catalogue the poems that its members composed. Collection materials from the Rochester Poetry Society are now held at Rare Books, Special Collections, and Preservation at the University of Rochester (click on the “Contact RBSCP” tab at the top of the webpage to ask us about how to access the collection). 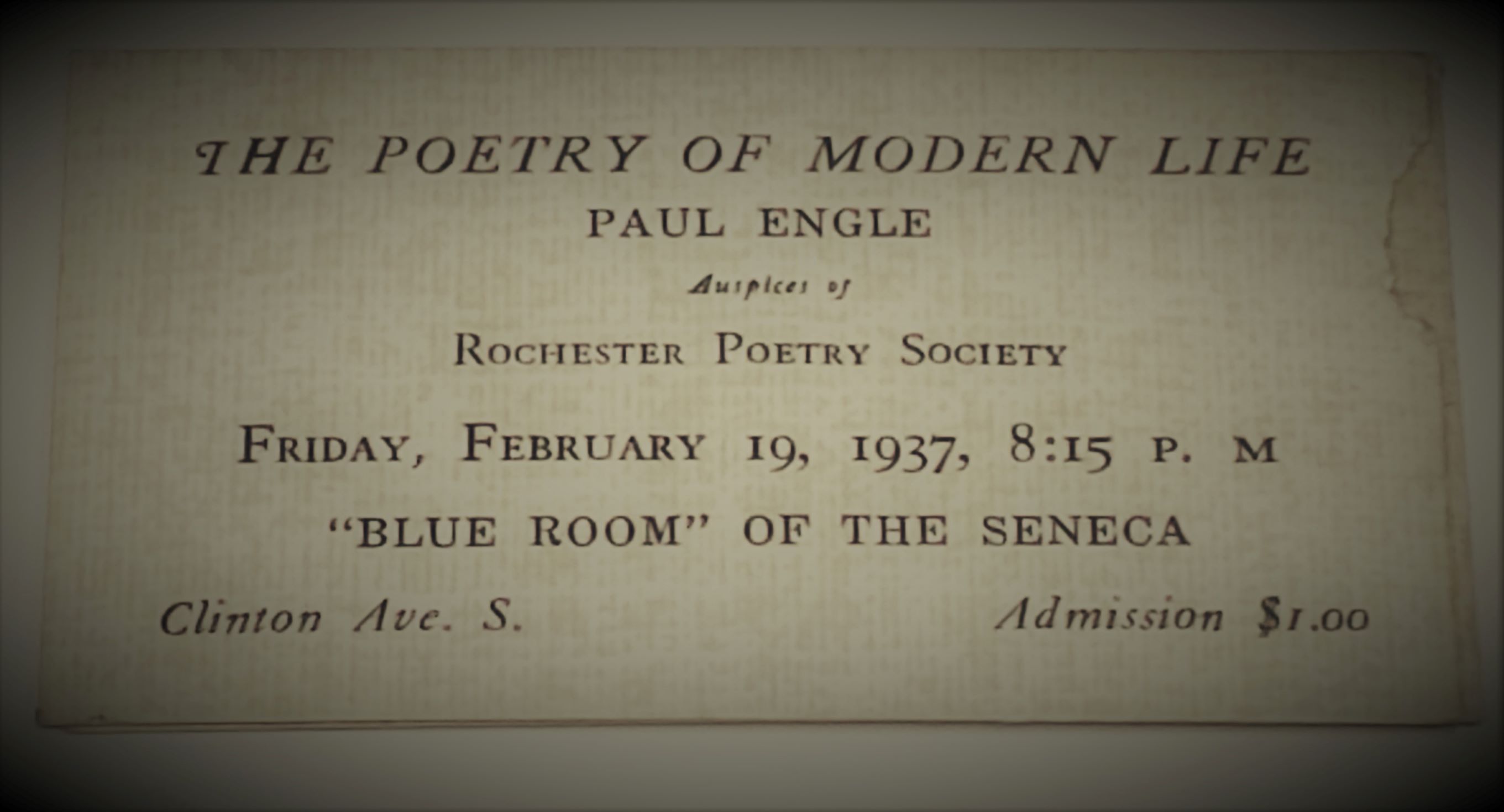 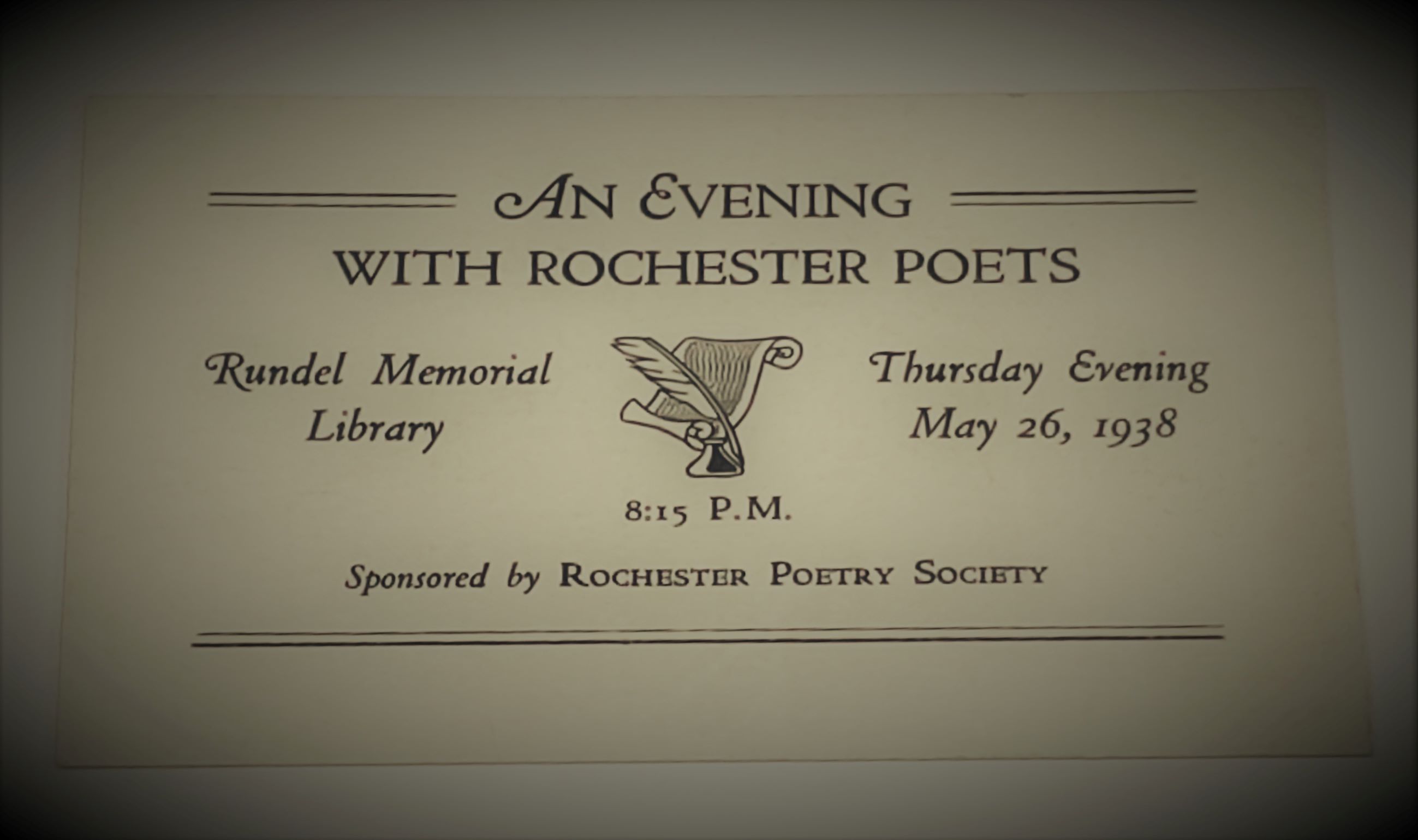 One of the most notable members of the Rochester Poet's Society is Cornelius Eady, a black poet known for using themes of music, family challenges, and the African-American experiences in his works. Born in Rochester's Third Ward in 1954, Eady received an honorary degree at the University of Rochester’s 2010 Commencement Ceremony. Eady released a collection of poetry titled "the Gathering of my Name," which was nominated for a Pulitzer prize. Additionally, he won the Oppenheimer prize for his verse play "Brutal Imagination" in 2001. In 2006, Eady and Toi Derricote founded Cave Canem, (“beware the dog”), which is a non-profit organization aimed at helping black poets and providing a safe space for intellectual discourse for all. RBSCP holds many of Eady's poems as well as personal correspondence between Eady and Vince Clemente, another notable New York poet. 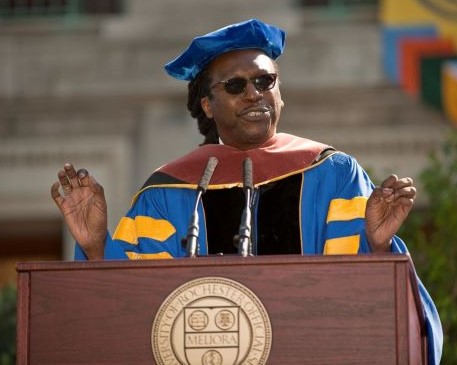 Another notable member of the Rochester Poet's Society was James Lavilla-Havelin, who founded "Poetry Central," an organization made up of performance poets and audience members who would gather around Rochester to listen to poetry. James Lavilla Havelin was also a poet himself, and wrote works that depicted his life, the nature of love, and the ambiguity of time. His collection of poems titled "West: Poems of Place," which received critical acclaim, is an intimate exploration of the changes that occurred in Lavilla-Havelin's life as he and his wife moved to the small town Lytle, Texas.

Francesca Guli was another accomplished member of the Rochester Poet Society. Born in Rochester in 1921, Guli wrote poems during the Second Wave Feminist Movement that were meant to empower women, and examines alternative forms of love in her poetry. One of her poetry collections, titled I Sing of Summer, explores Guli’s lust for life beyond just male-female love, and embraces nature, the elements, and being a woman. Guli attended Nazareth College, and later became the Poet at Residence and Professor there. Guli passed away in 2008, and her works can be found within RBSCP, including a 1971 copy of Land of My Loving, inscribed by the author and dated July 1971. 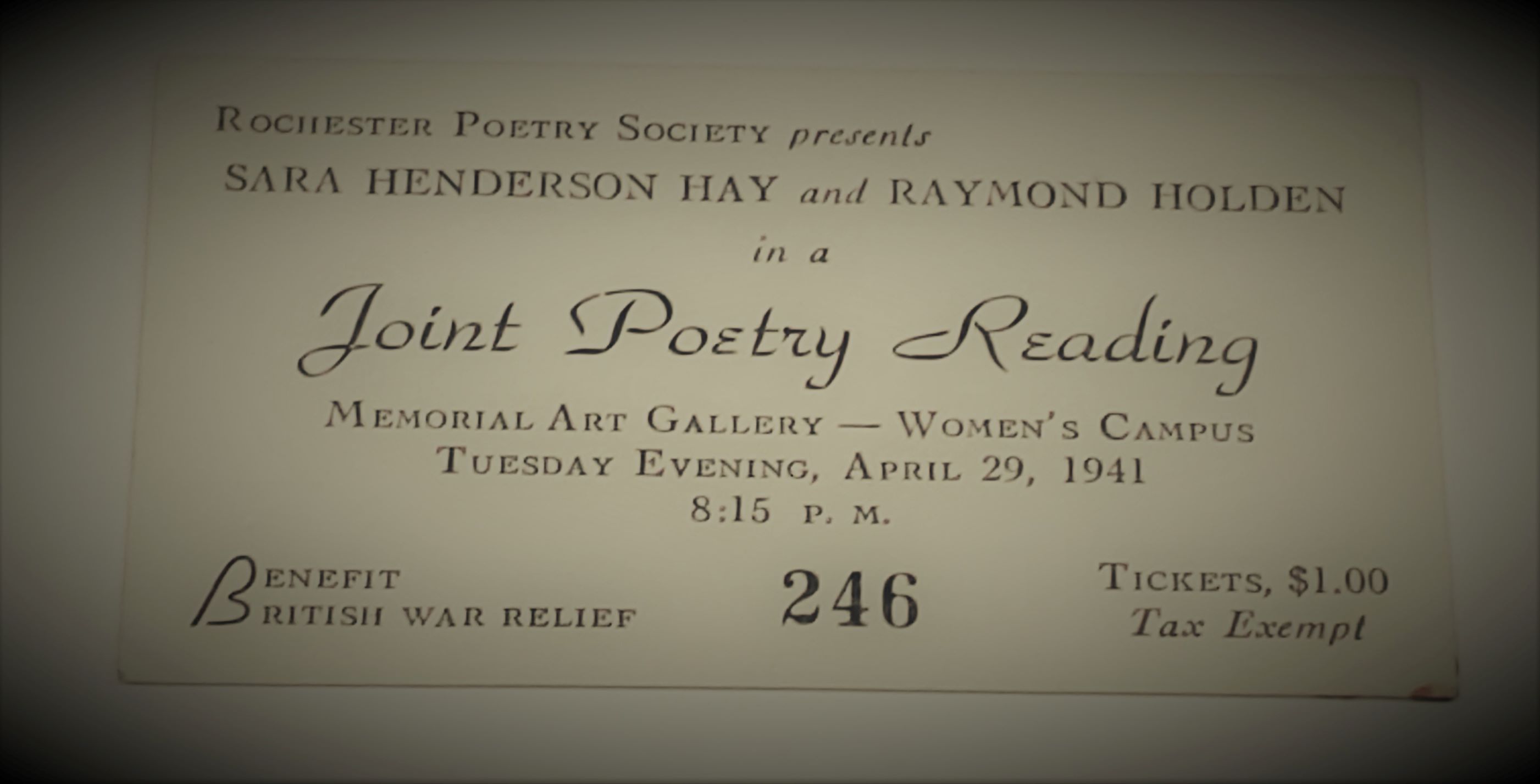 The poets and poetry of Rochester (1894)