US Presidents at the UR

With the inauguration of president-elect Joseph Biden on January 20, 2021, the University of Rochester can count eight former or future presidents, and many more candidates for that highest office, among VIP visitors to campus. 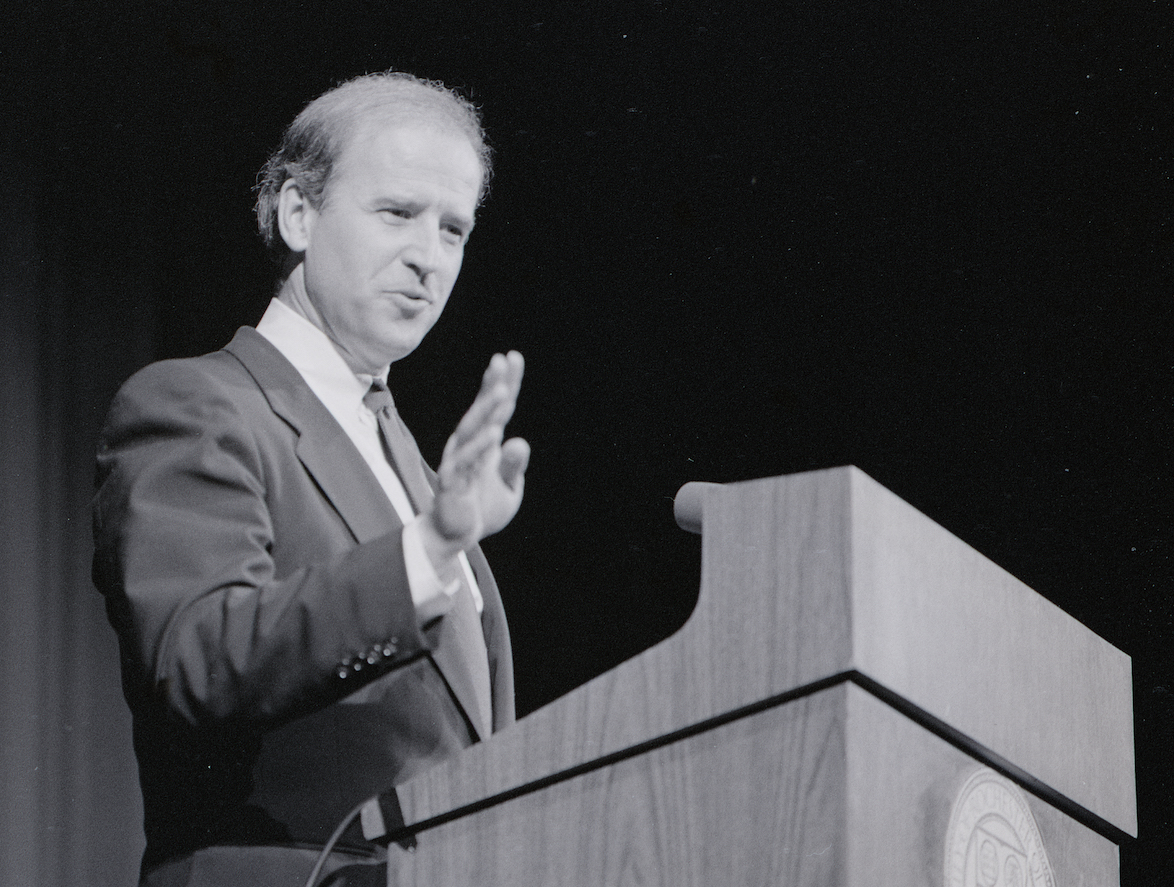 The Ask the Archivist column in the Fall 2020 Rochester Review answered a question from a Rochesterian who remembered Jimmy Carter visiting the River Campus in the 1970s, and asked how many US presidents had visited the University, when, and why.  You can read the article here.

In order of campus visit, they are:

There are no photographs of Roosevelt's visit, which commemorated the fiftieth anniversary of the University's founding in 1850, but you can read the text of his powerful speech, which is as true today as it was then.

Next time you are in Lower Strong Auditorium, remember that Senator John F. Kennedy appeared on that stage as part of a campaign stop in Rochester on October 1, 1959. The address was not initially planned to take place on campus, but a last minute change led to a standing-room-only crowd and memorable experience for students, as reported by the Campus-Times newspaper.

Kennedy's competitor in 1960, Richard Nixon, would campaign on campus, but would not formally address students until 1966. A March 21, 1966 University press release announced that the former vice president would be the June commencement speaker was immediately decried, and a Campus-Times editorial succinctly described the issue: "It is Mr. Nixon's public stand on academic freedom. Campaigning last year on behalf of the unsuccessful Republican gubernatorial candidate in new Jersey, he quite energetically joined a right-wing chorus there demanding Rutgers fire a self-proclaimed Marxist professor [Eugene Genovese], for supporting a Vietcong victory… "Mr Nixon's behavior warrants repudiation, not honor. We defend his right to express his opinions as he chooses, but maintain that by honoring him, this university will be grievously compromising one of its most basic ideals."

Nixon's speech on Academic Freedom was reprinted as a pamphlet, and issued as a press release.

W. Allen Wallis was inaugurated as the University's sixth president in 1963, and asked former President Dwight D. Eisenhower to give the keynote address.

Jimmy Carter visited in 1975 and spoke in Strong Auditorium. The Campus-Times reported on his speech. Carter returned in 1983, and spoke in the Palestra. His talk, and the question-and-answer period which followed, can be viewed here. 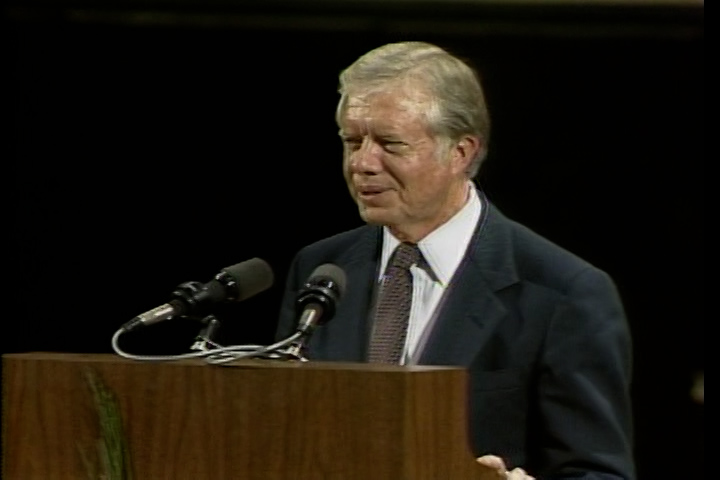