"Who were my deaf predecessors?"

Corinna Hill, PhD student in our department of history, sent in a newspaper clipping from 1921 that described six deaf students who attended the University at the same time. 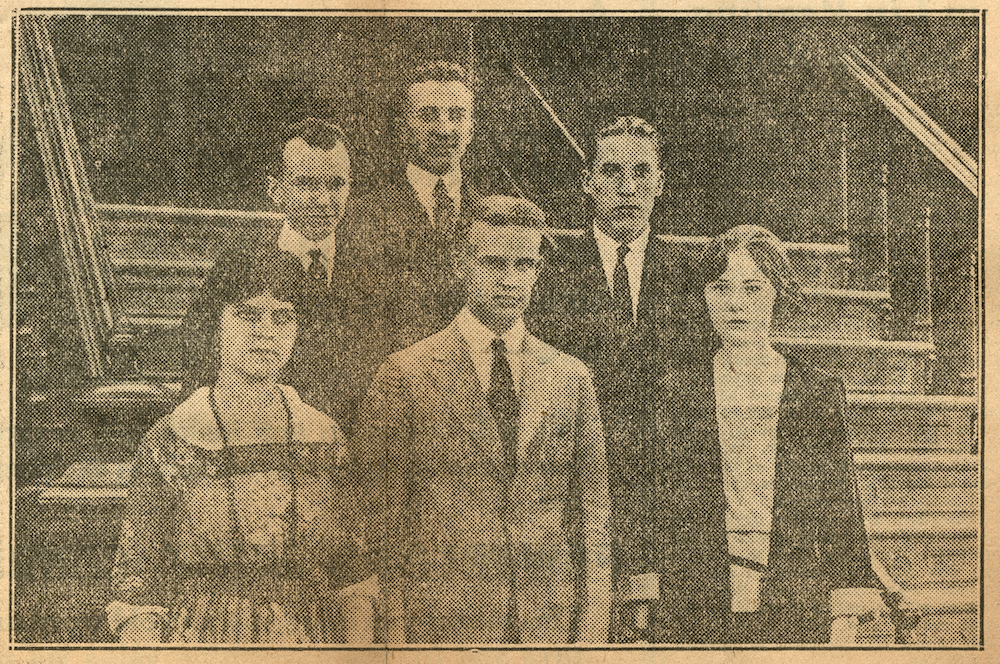 The Ask the Archivist column in the Winter 2020 Rochester Review explored the six deaf students described in the newspaper clipping from the September 17, 1921, Rochester Democrat and Chronicle--all graduates of the Rochester School for the Deaf--who went on to attend the University at the same time. You can read the article here.

The students highlighted in the newspaper had predecessors, too. Rosa Halpern's History of Rochester School for the Deaf 1876-1936 has a list of RSD students who went on to earn college degrees.

Clayton McLaughlin (Class of 1903) was the first RSD alum to graduate from the University of Rochester. His page in the Interpres student yearbook notes that he was class poet in his sophomore year, class vice-president in his junior year; captain of the class basketball team, and was on the honor roll during his freshman, sophomore, and junior years. During Senior Week, he recounted the class history at Class Day exercises.

Although Doris Myers and Jessie Ramsay (the two women students shown in the newspaper clipping) both appear in the 1925 yearbook, Myers would graduate in 1925, and Ramsay in 1926, and Myers would thus earn the distinction of being the first deaf woman graduate of the University. 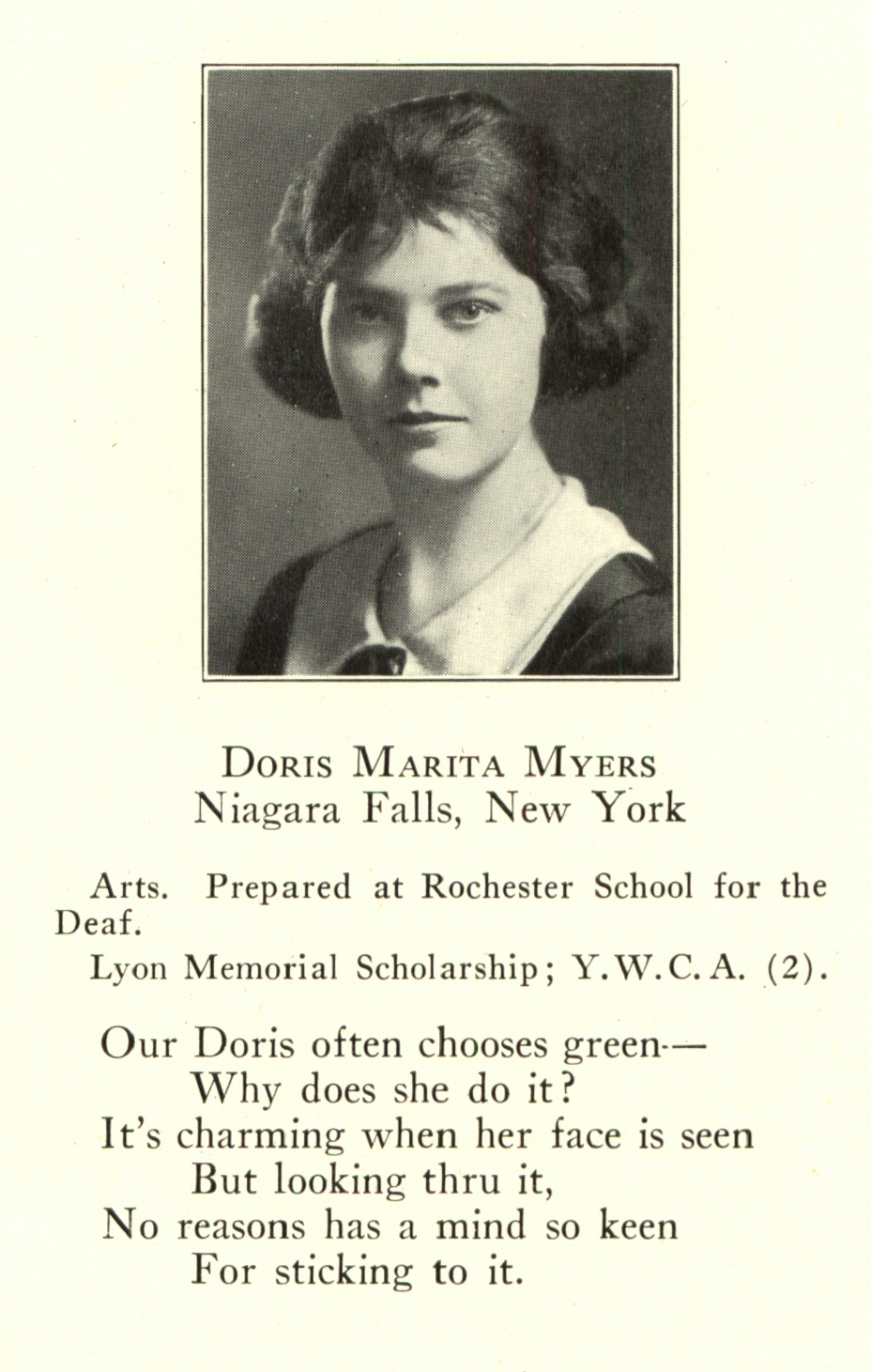 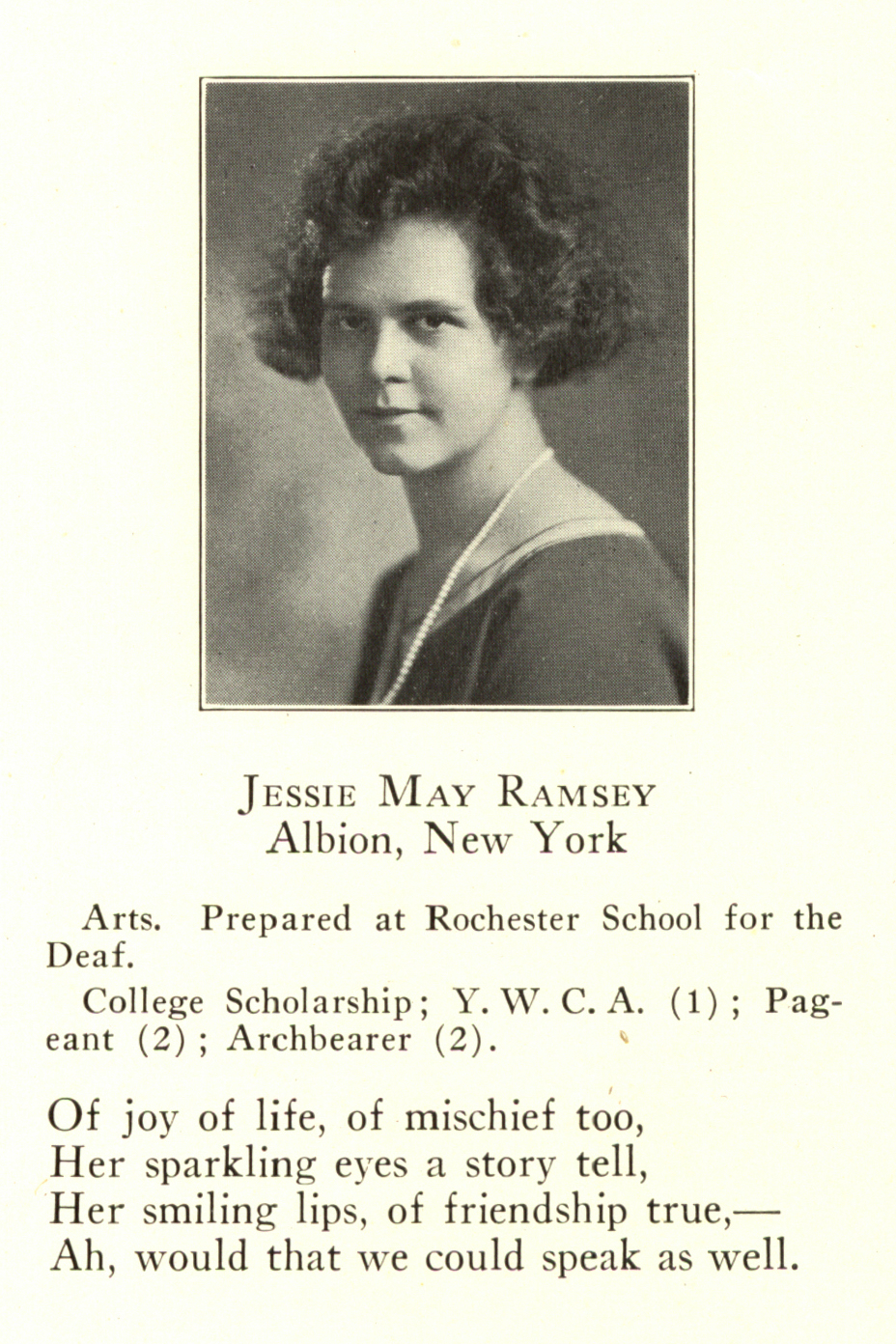 How did these students learn in the classroom? McLaughlin reported that his professors in math did not always turn from the blackboard to face him, thus making lip-reading impossible (this difficulty would be a lesson that made McLaughlin a better teacher of his own students at RSD). A letter from Dean of the College for Women, Annette Gardner Munro, to President Rush Rhees, confirms that the deaf students received funding from New York State to support the cost of tutors. Other documents record that the deaf students had note-takers, and would borrow notes from hearing classmates. Their yearbook pages show that the deaf students participated in athletics and student activities, and full participants in student life.

There was not space in the Review column to include Shirley Jeanne Allen ’92W (EdD) who earned her doctorate at the Warner School. She is believed to be the first deaf African-American woman to earn a PhD at the University, and perhaps the first to earn the degree, for her dissertation entitled, "The relationship of deaf adolescents' career choices and their perceptions of parental attitudes toward their competence as deaf individuals."