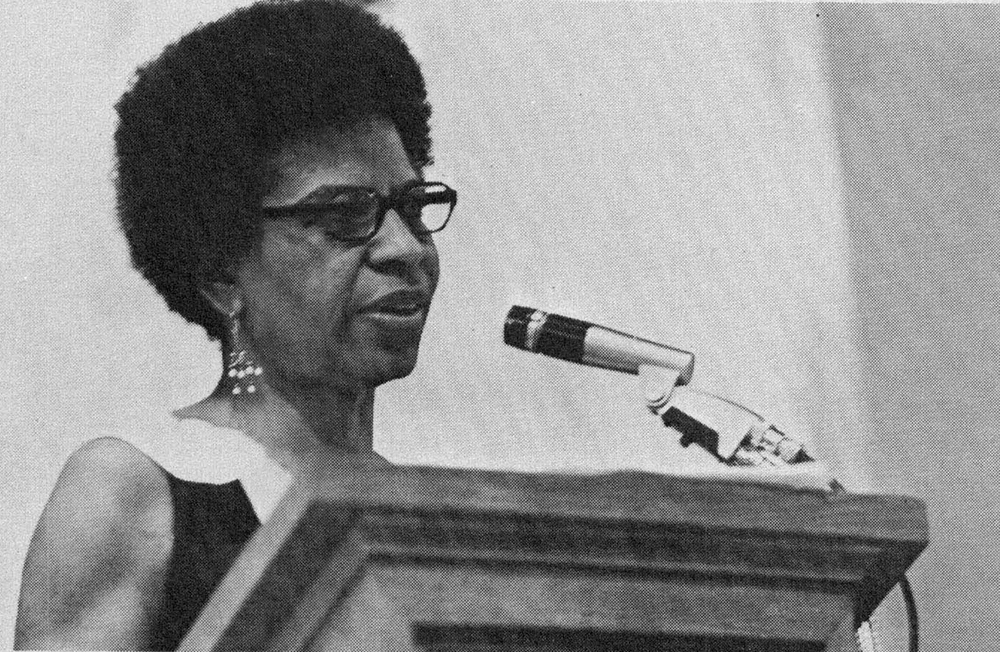 In 1921, 3-year-old Naomi Hooker and her family were targets of the Tulsa race massacre. While her older sister Olivia Hooker '62 PhD is credited as the first African-American woman to enlist and serve in active duty in the Coast Guard; Naomi Hooker Chamberlain is believed to be the first African-American woman on the University of Rochester faculty.

The Hooker family left Oklahoma and eventually settled in Columbus, Ohio. A graduate of Ohio State University, Naomi Hooker completed her Master's degree at Western Reserve University (now Case Western Reserve University). An article in the June 17, 1953 Democrat and Chronicle heralded Chamberlain's appointment as the first full-time director of the Rochester Day Care Center for Handicapped Children, and worked for the Rochester Sunshine League as "coordinator of programs for mentally retarded children." She would continue at the Center for two years until resigning with the intent of writing children's books full time.

Chamberlain (little is known about her apparently brief marriage and subsequent divorce) was on the faculty of Nazareth College before joining the University of Rochester in 1963 as Coordinator of Community Services for the Rehabilitation Center. From 1969-1972, she was Assistant Professor of Preventive Medicine at the School of Medicine and Dentistry and served as the Director of the Community Health Unit. Her expertise was highly sought after: she worked to educate the community and bring attention to such issues as lead paint poisoning and exposure, building accessibility, speech therapy, sickle cell anemia, and the care and education of children with disabilities.

In May 1964 she was interviewed by Don Lyon for the University's radio program "Viewpoint" on the topic of building accessibility. The previous June, Chamberlain was an invited speaker at the 9th World Congress of International Societies of the Disabled in Copenhagen, Denmark, and her work in coordinating the creation of a survey of hundreds of Rochester buildings would result in a guidebook to aid residents and visitors to Rochester in accessing the city's public venues.

In 1970, she was co-coordinator of the Minorities Film Program portion of the Rochester International Film Festival, believed to be the first such festival "to include productions of and by the people of the inner cities." Of the films screened, most were "made by black and Spanish speaking youths working in minorities film projects in New York City, Chicago, Los Angeles and Philadelphia," according to the October 13, 1970 Campus Times.

Chamberlain's work on the dangers of lead paint was one of the main topics of a 1971 "Mass for Life through Health" held at the Immaculate Conception Church in Rochester's Third Ward. Chamberlain delivered a sermon at the event that was the cover story of the Summer 1971 Rochester Review (pages 3-7).