Our Collection Highlight is a copy of John Baskerville's 1773 edition of the historical works of Sallust and Florus. It lacks any sort of reading marks, in contrast with our copy of Baskerville's edition of Roman satire, which is heavily annotated in Latin—probably by a young student of Eton College. For signs of provenance in this copy, however, we need to turn to the binding itself, made of contemporary mottled calf with a coat of arms gold-tooled on both covers and on each of the comparments of the spine. Furthermore, all three edges have been sprinkled with a blue pigment—normally made of bole dissolved in a non-spirit solvent. Clearly, these decorative elements suggest a wealthy owner who valued the books as a sign of social status. 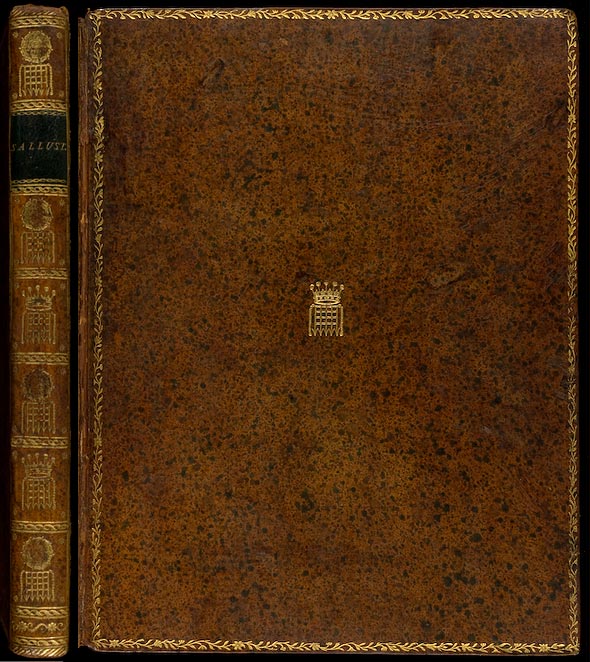 The volume itself can be divided into two main parts. First, it contains Sallust's opus, which consists of the following works: two historical monographs, Bellum Catilinae (c.42/1 BC) and Bellum Iugurthinum (c. 41-40 BC); the extant fragments of Sallust's Histories, written in the conventional annalistic style and covering events from 78 BC onward; and a series of short works which have been wrongly ascribed to Sallust. They are two letters addressed to Caesar, Orationes ad C. Caesarem, de republica ordinanda and an invenctive against Cicero, C. Crispi Sallustii Declamatio in M. Tullium Ciceronem. It is very likely that both the letters and the invenctive were actually written after Sallust's death, possibly by rhetoricians writing during the early empire. Finally, the second part of the volume contains a summary of Roman history composed by Florus in the second century AD: Lucii Annaei Flori Epitome rerum romanarum, or Lucius Annaeus Florus' Abridgement of Roman History. Composed in a panegyric style, it covers 700 years, emphasizing the wars leading to the reign of Augustus, who is praised for being the emperor who finally brought peace to the Roman world. While in Baskerville's edition we find this historical summary divided into four books, the arrangement currently accepted by scholars is in two books, with the following generic title: Flori epitomae de Tito Livio bellorum omnium annorum DCC libri duo. 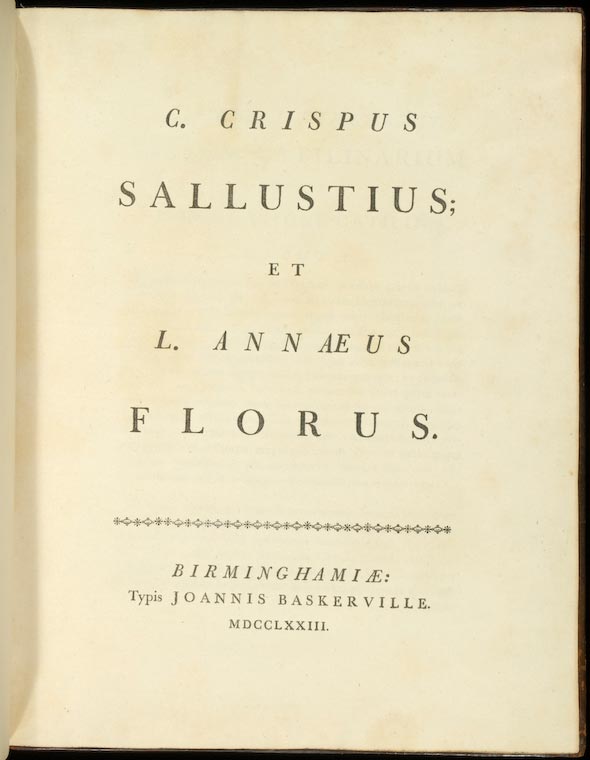 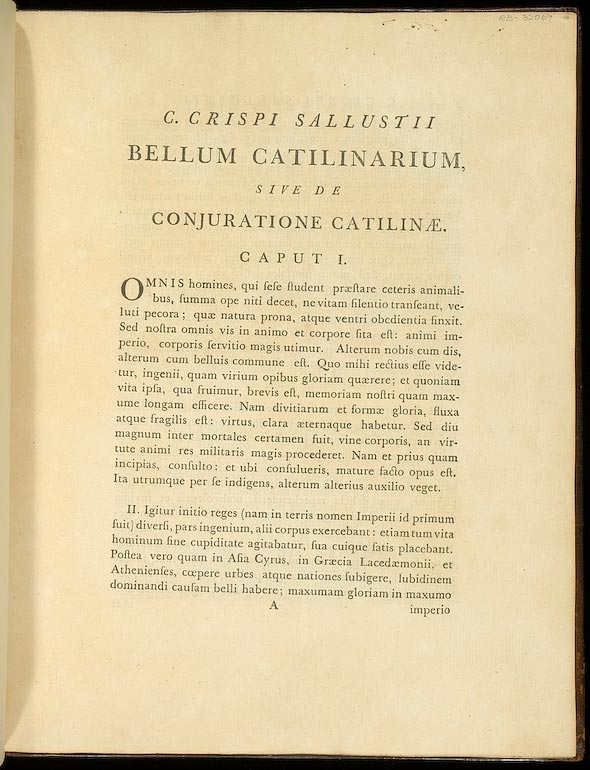 The purchase of this book was made possible by the generosity of friends and family who contributed to create a special fund in memory of Eugene Richner (1917-2008).

Plomer, Henry R.., G.H. Bushnell and E.R. MacC. Dix. A Dictionary of the Printers and Booksellers who were at Work in England, Scotland and Ireland from 1726 to 1775.Oxford: Bibliographicl Society at the Oxford University Press, 1932.