Redouté (1759-1840) was the most celebrated painter of flowers of his age, and perhaps of any age. From humble beginnings, he rose to become a “Draughtsman to the Cabinet” of Marie Antoinette, but the connection was not strong enough to affect him during the French Revolution. Indeed, Redouté’s greatest fame and wealth occurred through the patronage of the Empress Josephine.

These hand-colored engravings are considered among the most beautiful depictions of flowers and fruits ever produced. Originally issued in thirty-six parts between May 1827 and June 1833, each part contains four plates. A restricted number were published as folios, such as this copy, and the majority in a smaller format. Redouté perfected the art of stipple engraving – using engraved dots, rather than engraved lines – and then applying color by hand. In this way, the illustrations based on his paintings achieved great delicacy of tone, and gives his botanical work a realistic and three-dimensional appearance.

The plates shown here, all irises, were exhbited as part of the Department's "Friendship in Bloom" exhibit.

The volume was the gift of Eileen Howell. 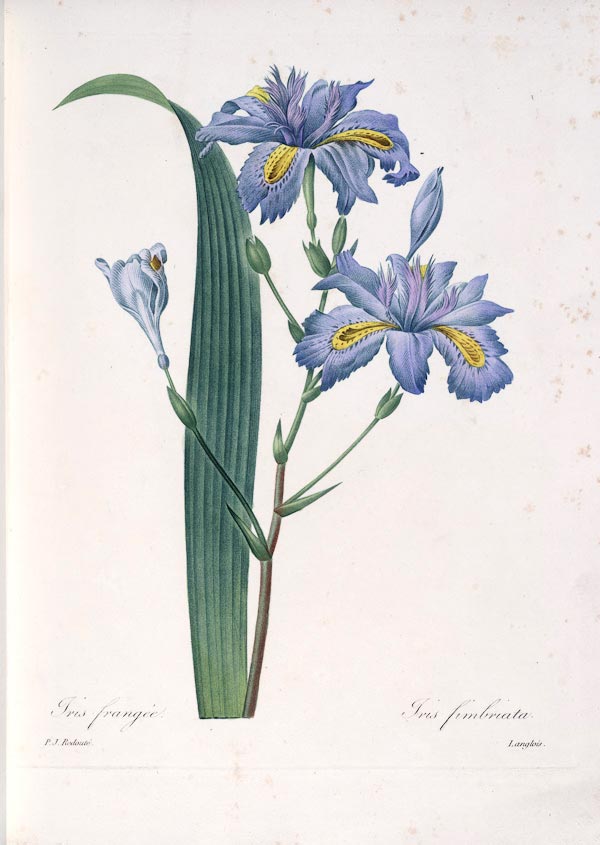 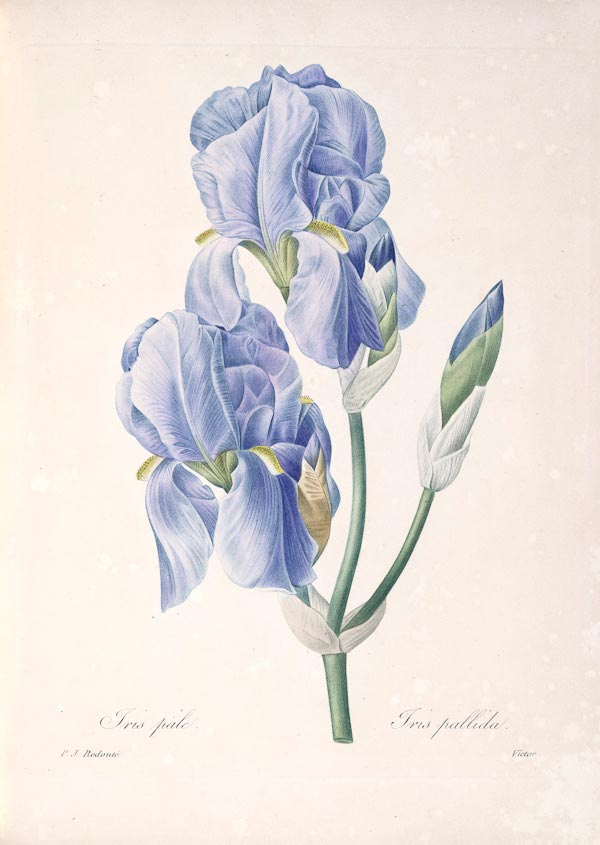 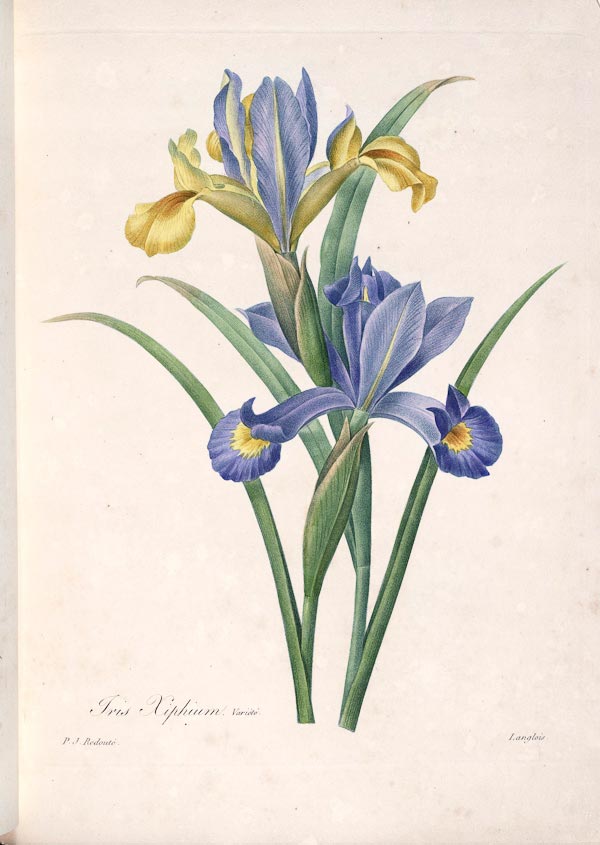 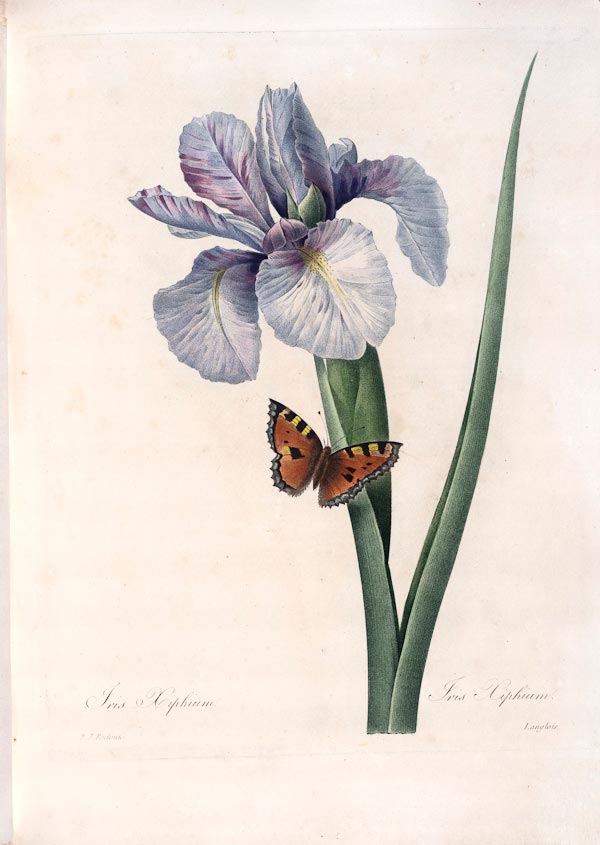